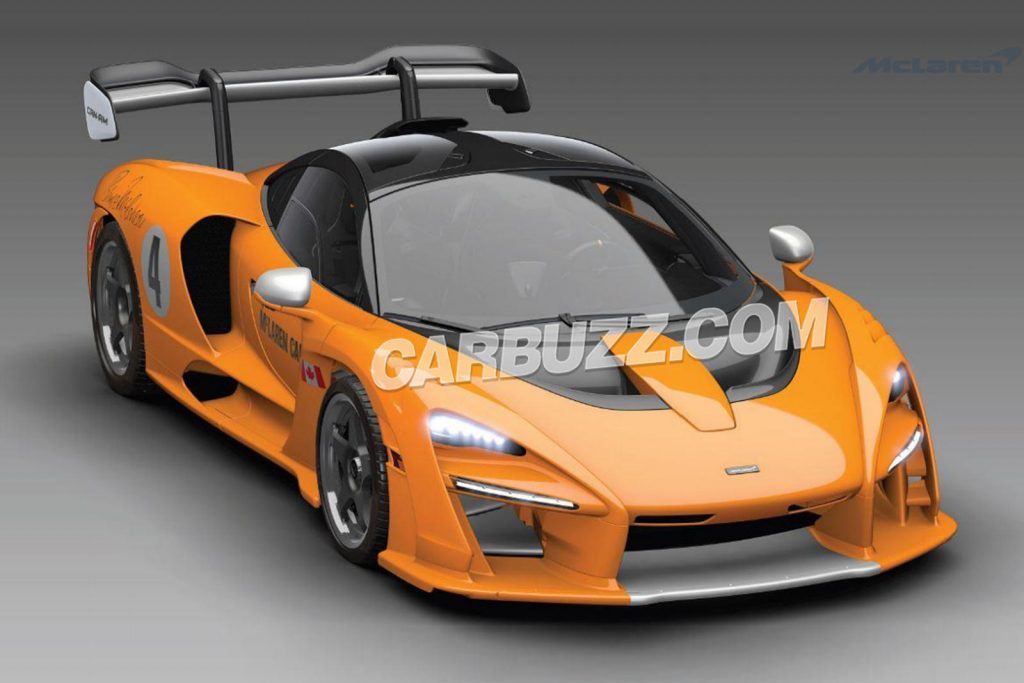 According to a new scoop from CarBuzz, McLaren had 23 Senna GTR chassis to play with so they have decided to build two new models based on the track-only hypercar.

20 units of the already leaked Senna LM will be built as well as three units of the Senna Can-Am (seen here in the exclusive shots by CarBuzz).

Just like the Senna LM, the Senna Can-Am will be a road-legal version of the Senna GTR but the Can-Am is being built as a tribute to the McLaren Can-Am cars that competed so successfully in the 60’s and 70’s. The McLaren M8B driven by Bruce McLaren that dominated the 1969 Canadian American Challenge Cup is the car they are using as inspiration.

This specific example is finished in a special Orange paint likely matching the M8B racer and Bruce McLaren’s signature can be seen on the rear fender.

CarBuzz notes that some of the exterior changes include a “unique louvered fender design,” a new “VCF engine surround” with the MSO logo, four-spoke silver alloy wheels with polished outer rim, and four exit exhaust pipes.

Inside the headrests receive Can-Am logo embroidery as well as a host of bespoke features unique to this specific example.

The future owner of this McLaren Senna Can-Am said to the publication that it will be ready for delivery in around two to four weeks and that it stung his pocket to the tune of $1.5 million.