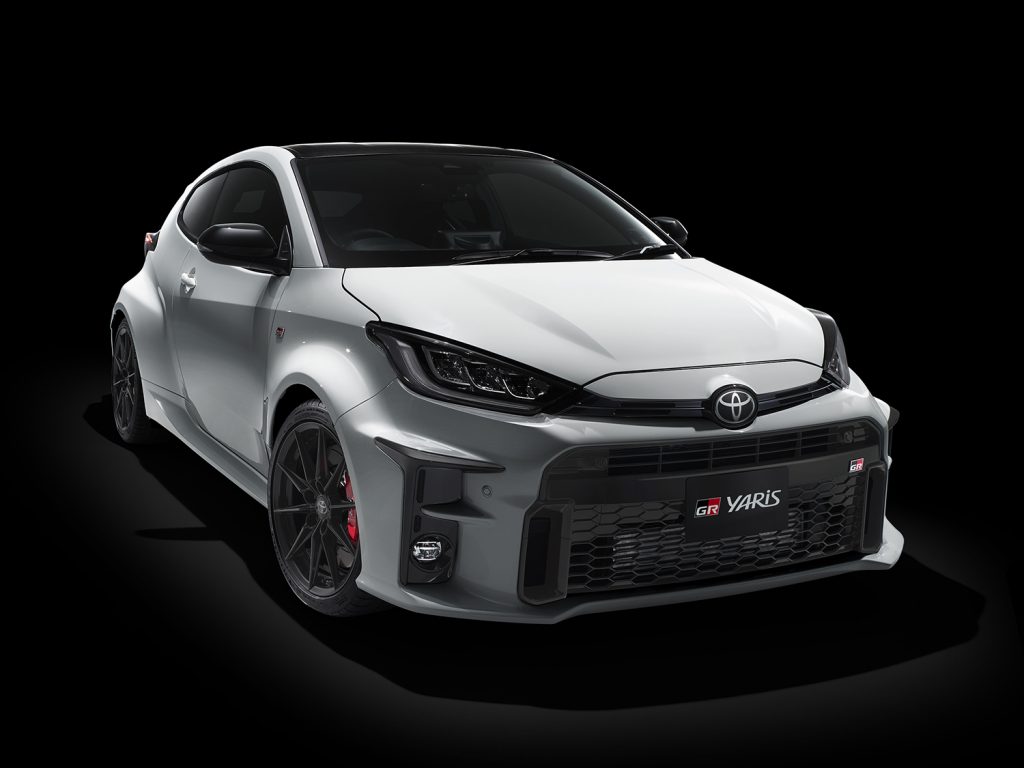 Toyota has revealed the teased GR Yaris and its a mad pocket rocket with no real rival for it.

Under the little hood sits a little 1.6-litre three-cylinder turbo developing 257 hp (192 kW) and 360 Nm of torque making it the most powerful three-cylinder in the world.

Only a six-speed manual with rev-matching function is available to suit the sporty number. Drive is via all four wheels with a Torsen limited-slip differential on each axle. There are three drive modes for the driver to choose from: Normal splitting torque 60:40 between the front and rear; Sport (30:70) and Track (50:50).

This hot hatch weighs just 1,280 kg which means it has a better power-to-weight ratio than the likes of the Volkswagen Golf GTI and Hyundai i30N. The pint-sized proportions help with this low weight but the use of aluminium panels for the bonnet, doors and rear hatch, and a carbon-fibre roof certainly help.

Toyota has not provided performance figures, but the GR Yaris should be pretty damn quick.

Price is yet to be announced, but at the preview test drive in Europe last year a senior Toyota executive said the car would be “attainable” rather than affordable which suggests it will be a little on the steep side.

Will it come to South Africa? We can only hope but Toyota South Africa has not said anything at the point of writing.