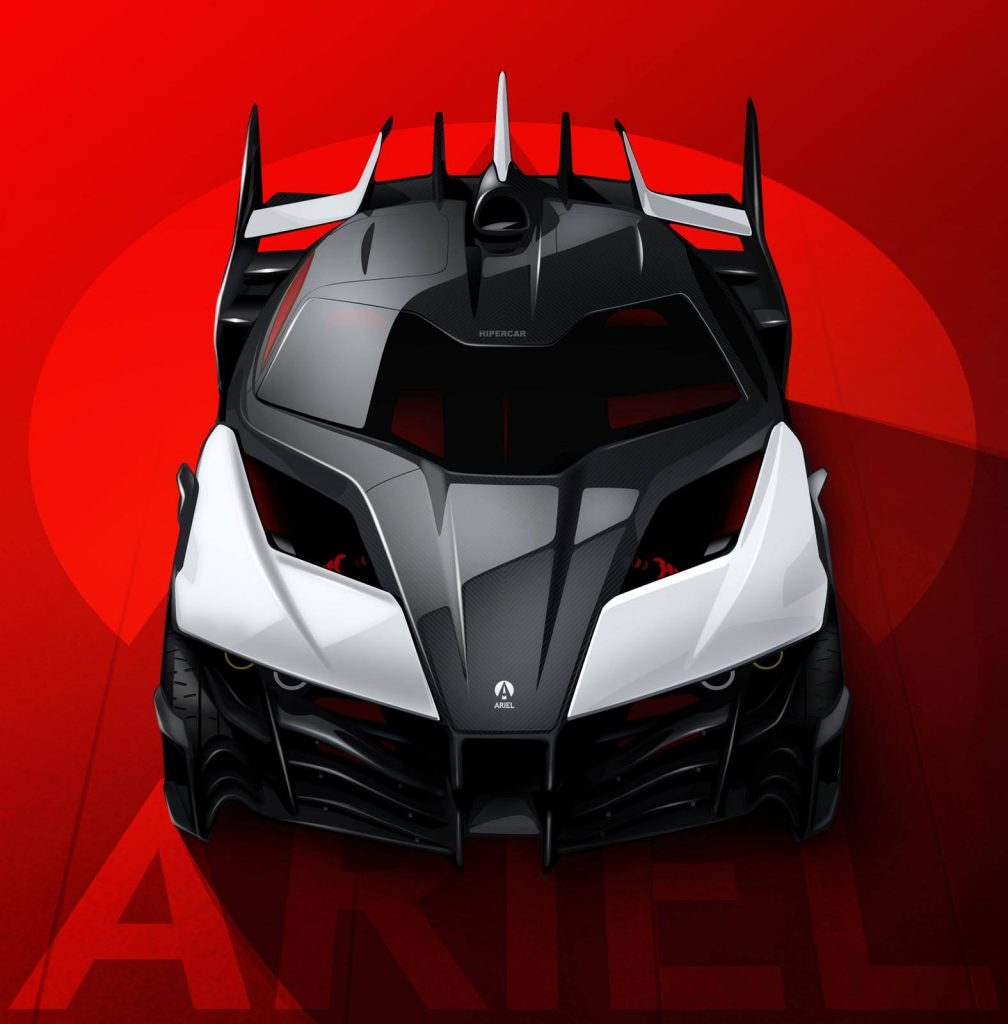 Remember the guys who brought us the lightweight track-focused stripped out rocket called the Atom? Well, they are hard at work on something a lot more modern and we should see it before the end of the year.

“You can expect something later in the year, before the Low Carbon Vehicle Show,” a company spokesperson revealed to Autoblog.

Ariel released shots of the Hipercar in 2017 (seen above) which showed off a wide, low-slung supercar with extreme aerodynamic add-ons that looked nothing like the Atom.

In 2017, the concept they presented was powered by an innovative gasoline-electric hybrid powertrain built around a turbine that sent the electricity it generated to in-wheel motors via a lithium-ion battery pack. They said it would produce 1,180 hp (880 kW) when using four motors, or 590 horsepower (440 kW) with two motors.