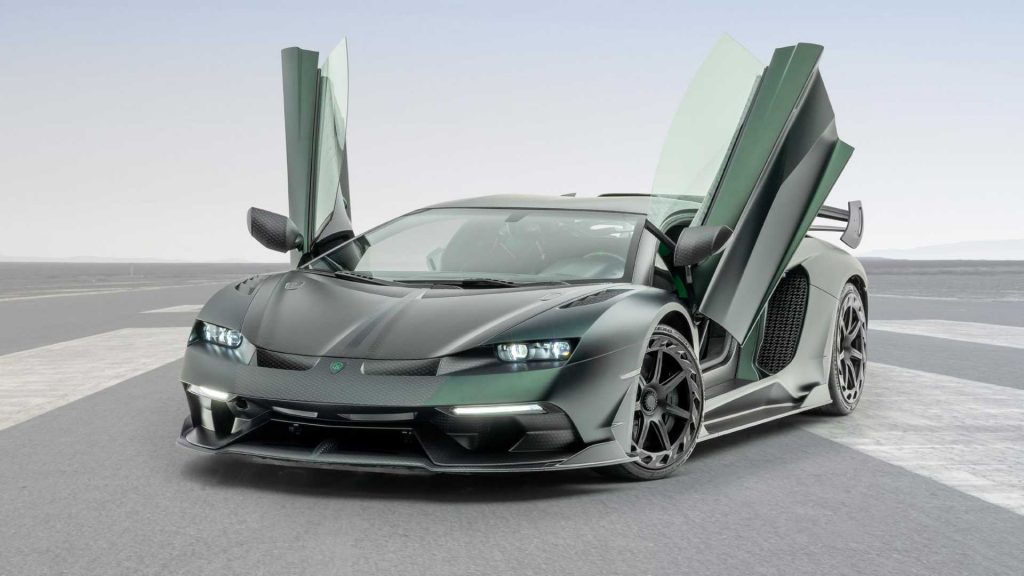 They are on a run at the moment and the latest project takes on the already wild Lamborghini Aventador SVJ.

Luckily Mansory will be limiting the Cabrera to just three examples as they have really done a number on the stunning Sant’Agata Bolognese creation.

The biggest change comes in the form of new LED headlights developed by the tuner which seem to take inspiration from the Bugatti Chiron. At the back, the custom exhaust system flaunts four massive tips as an obvious sign this is far from being a stock car.

The body is now four centimetres wider than before and comes along with a lightweight hood made entirely out of carbon. The fenders are now vented and the front splitter is more prominent than ever.

The Cabrera is finished in Vento Verde paint which has carried over into the interior where the cabin has been bathed in Alcantara and leather.

Mansory doesn’t say how much it will set you back to turn the SVJ into a Cabrera, but with the donor car priced at $517,700, it’s safe to say the conversion package also costs a pretty penny.