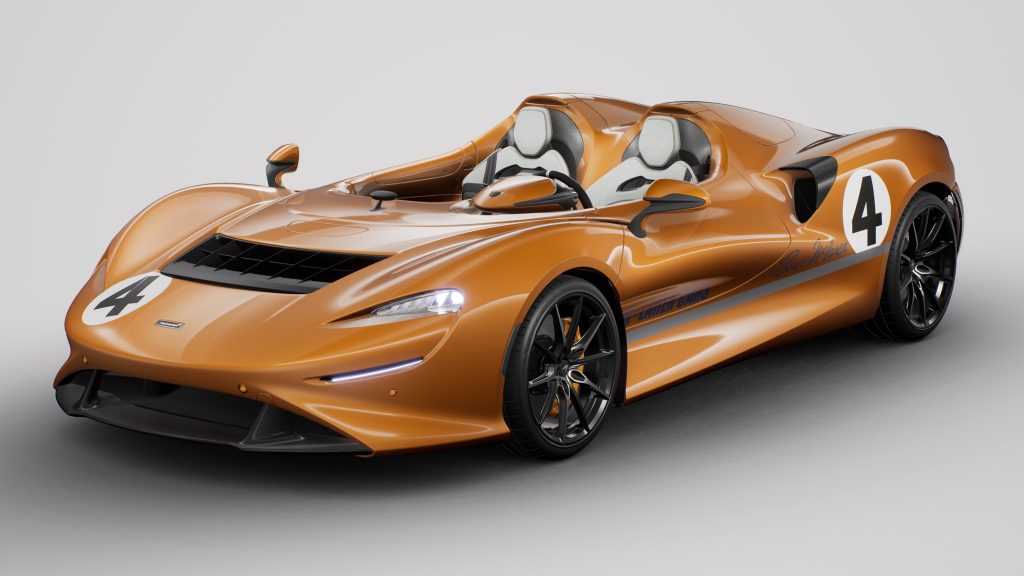 A couple of weeks ago we saw the MSO division from McLaren show off an M1A themed Elva but a new theme from the bespoke division now honours the car that started the obsession with orange for McLaren.

Bruce McLaren’s M6A Can-Am race car of 1967 was the first to feature the all-orange paint scheme and was the car that helped him win his first Can-Am championship that year.

The roofless machine is finished in a unique orange that looks a little less bold with more of a pearl finish than the glowing solid orange of the race car. It sports a large number 4 decal just like one of the race cars. On the sides, a metallic stripe is added to mimic the chrome divider between the top and bottom sections of the Can-Am car. It also gets the same “McLaren Cars” logo and Bruce McLaren’s signature down the side.

At this stage, we are expecting at least two Elva’s to make their way to South Africa.