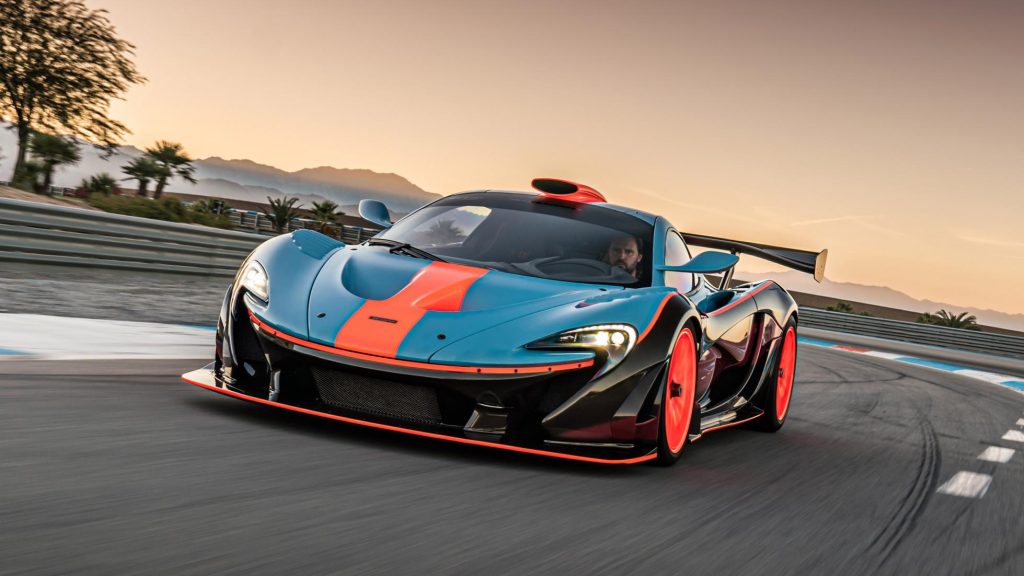 Lanzante love to take a McLaren product to a new clientele so when Woking revealed the P1 GTR, they were quick to offer homologation packages for those so owners could legally drive them on public roads.

Sill keen to take it up a notch, the Hampshire-based company introduced the P1 LM which broke the Nürburgring lap record for road-legal cars.

Then the 2018 Goodwood Festival of Speed saw the McLaren P1 GT by Lanzante which is a rebodied, longtail version of the GTR.

Now we have this, the P1 GTR-18 (named because the project began in 2018). It looks very similar to the P1 GT, but that was actually a one-off for an obviously very wealthy Middle Eastern collector.

This started out life as a P1 GTR and it was no garage queen as the owner spent two years ragging it round various F1 circuits in McLaren’s P1 GTR Driving Program. Now it is the first of six P1 GTR-18s and it looks jaw-droppingly good thanks to the livery inspired by the Gulf Team Davidoff F1 GTR.

All six P1 GTR-18s will be road-legal and feature different retro liveries seen on racing McLaren F1s in the 90s.

Lanzante McLaren
Share. Facebook Email Twitter LinkedIn WhatsApp Telegram
Previous ArticleWhen Is The Best Time To Junk Your Car
Next Article Final Decision On BMW M2 CSL Not Made Yet