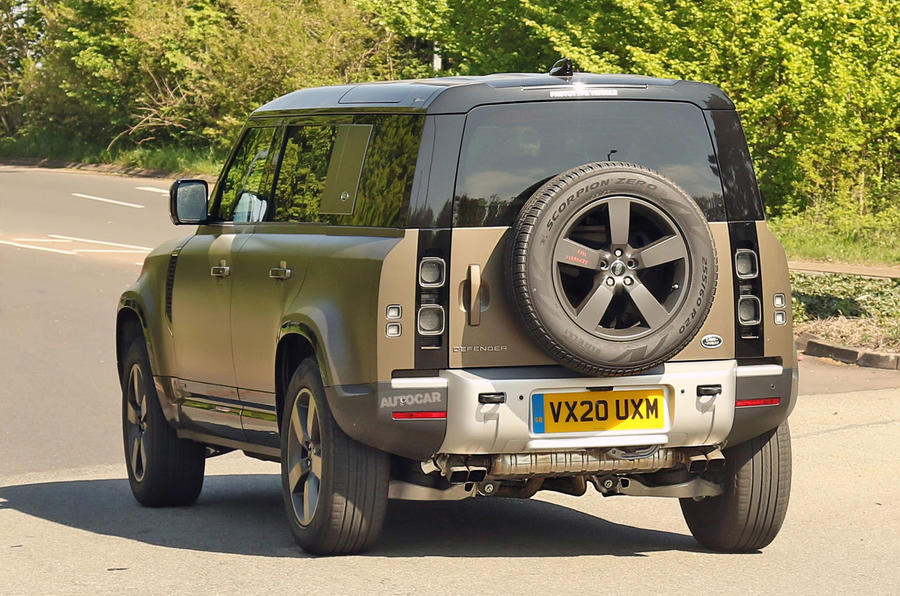 When the new Land Rover Defender was revealed. enthusiasts around the world wondered if a return to the eight-cylinder format would be on the cards and it seems their question has been answered.

No this is not the rumoured Defender SVR but rather a regular V8 Defender.

New images exclusive to Autocar show an undisguised Defender driving on the roads outside the R&D facility in Gaydon, Warwickshire and it sports the typical ‘Prototype Vehicle’ stickers. At first glance, it seems like nothing has changed but at the rear, you will see a quad exhaust system which is only used for V8’s by Jaguar Land Rover.

Autocar obtained registration data for the car pictured that shows it has a 4999cc petrol engine, suggesting it’s powered by the well-known 5.0-litre supercharged V8 but that is retiring at the end of the year.

Although nothing has been officially confirmed, future high-performance models will make use of the twin-turbo 4.4-litre V8 BMW produces so this could be using the 5.0-litre purely to test the Defender’s dynamic responses with the weight and power increases.

Sources mention that the V8 Defender will be a low-volume special variant so they could also be stockpiling the Ford-built supercharged V8 for use here as emissions targets are much less of a priority for low-volume specials.