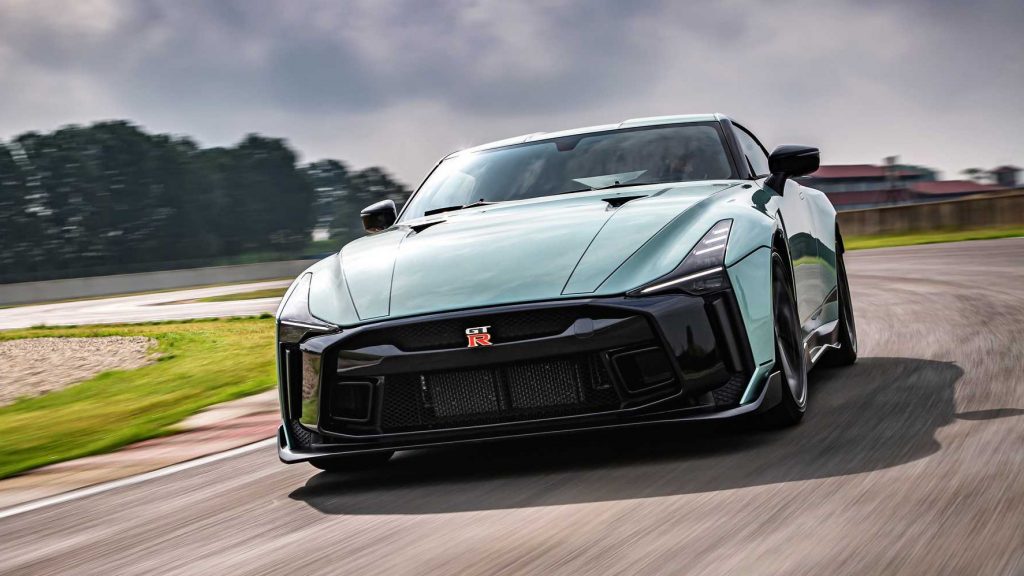 We have all seen the prototype and renderings of the production model but now Nissan has released the first set of official images of the GT-R50 by Italdesign.

This is the first customer car and it features a teal paint job contrasted by black front and rear fascias.

The roofline is lower than the Nissan GT-R Nismo by 54 mm and incorporates a lower centre section flanked by raised outer areas.

Power comes from an evolution of the twin-turbo 3.8-litre V6 engine which has been tinkered to push out 710 hp (530 kW) and 780 Nm of torque. The substantial increase in output required installing a reinforced sequential six-speed, dual-clutch transmission and to improve stopping power, beefier Brembo brakes had to be added as well.

Only 50 cars will be built with an asking price of €990,000 (approx. R20 million) making it around five times the price of a brand new Nismo GT-R. There are a few units still available and that is likely because of the extreme price tag attached to it.