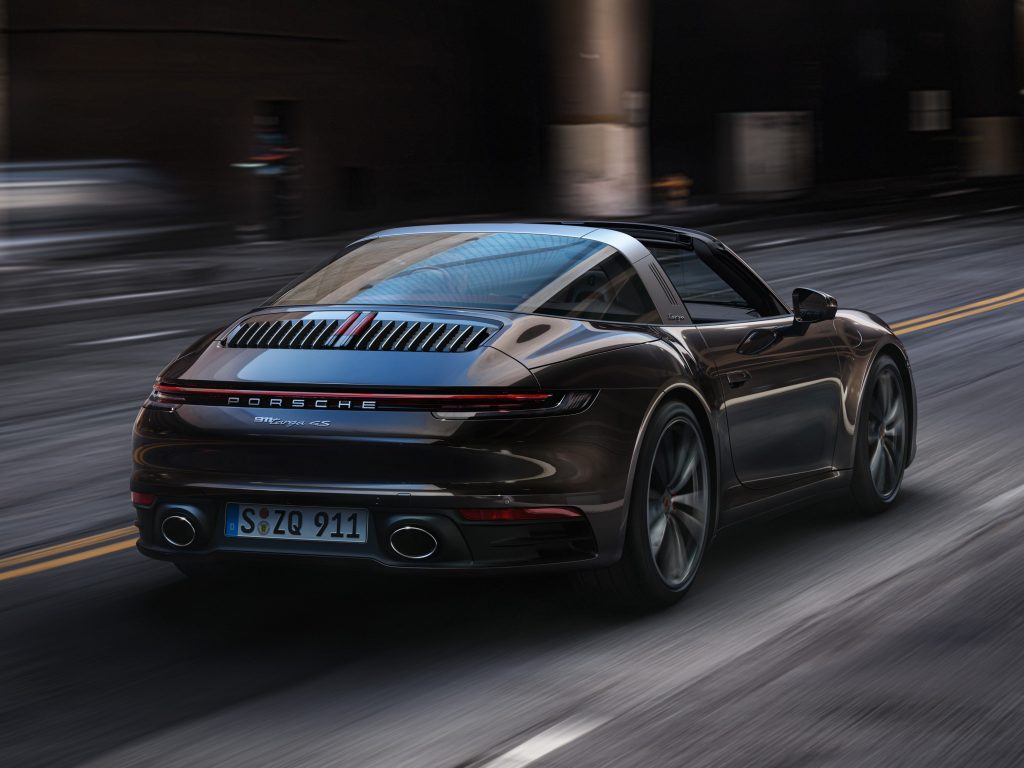 The defining feature of the Targa remains its innovative, fully automatic roof system and, as on the legendary original Targa from 1965, it consists of a wide Targa roll bar, a movable roof section over the front seats and a wraparound rear window. At the push of a button, the roof can be opened and closed in just 19 seconds.

Both models are fitted with the eight-speed dual-clutch transmission (PDK) and intelligent all-wheel drive Porsche Traction Management (PTM) as standard to deliver maximum driving pleasure. Alternatively, the 911 Targa 4S can be ordered with the newly developed seven-speed manual gearbox (at no extra cost), which includes the Sport Chrono package.

A first for the 911 range is PorscheInnoDrive and Smartlift. InnoDrive allows the adaptive cruise control system to predict and optimise the driving speed for up to three kilometres in advance using the navigation data. The new optional Smartlift function allows the front end to be lifted automatically at corresponding locations where the vehicle is driven regularly, like your driveway or office entrance for example. The system saves the GPS coordinates of the car’s current position at the push of a button and if the driver approaches this position from the same direction again, the front of the car will lift up automatically.

Another first is the 930 leather package which evokes the first Porsche 911 Turbo (Type 930) and is now available as an option on the new 911 Targa model. The two-tone interior is available in Bordeaux Red/Crayon, Black/Slate Grey, Slate Grey/Iceland Green as well as Graphite Blue/Mojave Beige.