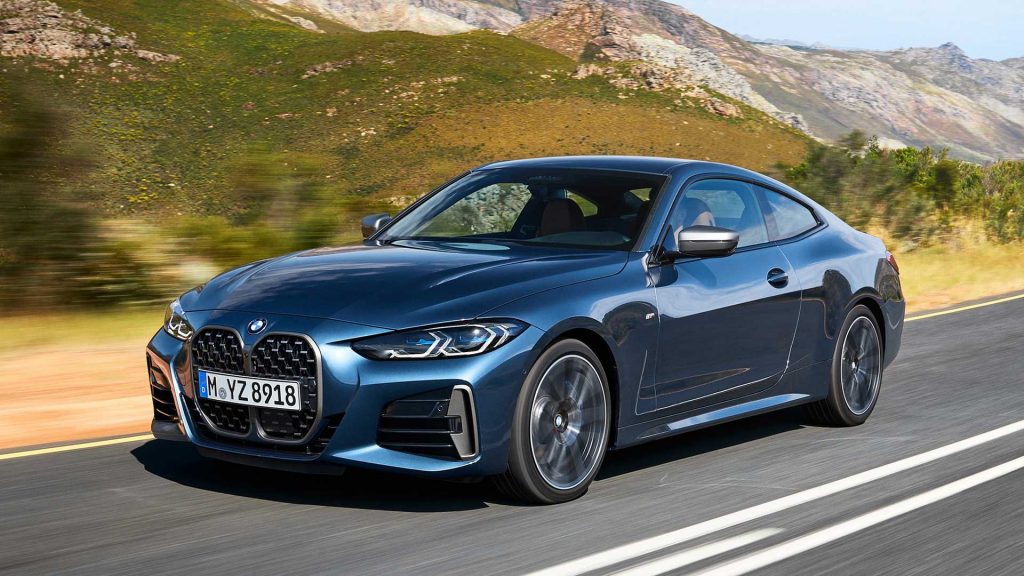 The new BMW 4 Series Coupé is finally official and yes it features the rather controversial enlarged kidney grilles just as the Concept predicted.

Whether you love or hate the styling, the new 4er certainly looks good on paper and we are very keen to see it in the metal to decide on the bold new style they have gone with on this coupé.

Inside you will be familiar with the layout thanks to it being almost identical to the 3 Series but the 4 Series receives cloud-based navigation system that comes standard with the BMW navigation, the next-generation BMW head-up display, which has a 70 percent larger projection surface, and 3D environment visualisation within the digital instrument cluster.

Safety features like front collision warning with automatic emergency braking, lane departure warning with steering assist, and speed limit information carry over from the 3 Series, only now they come standard on the 4 Series Coupe.

The three variants will be available in South Africa in the fourth quarter of this year.