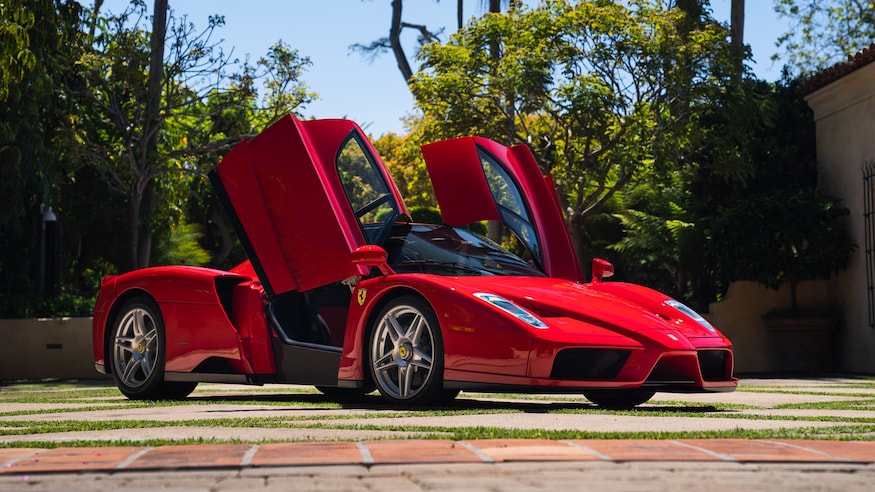 The RM Sotheby’s Driving Into Summer Online Only Auction took place from the 21st to the 29th of May where a Ferrari Enzo stole the show when the hammer dropped at $2,640,000 (approx. R44 million).

Proving that rare, iconic supercars remain in strong demand among enthusiasts, it was a 2003 Enzo that became the most valuable car sold in a dedicated online-only collector car auction to date.

An exceptional, as-new example of Maranello’s defining millennial hypercar, chassis no. 133033 was offered at auction from just two California-based owners, having resided within its first owner’s collection until 2018. Regularly serviced and used sparingly, 133033 goes to its next caretaker in outstanding condition, showing just 1,250 original miles and optioned with the very rare two-tone racing seats with red 3D cloth inserts.

Right behind the Enzo, was a stunning 1985 Ferrari 288 GTO which sold for $2,310,000 during the Friday sale session, taking the second top sale slot. Enjoyed by a mere three caretakers throughout its life, the 288 GTO was originally delivered to well-known Ferrari collector Hartmut Ibing optioned with factory air conditioning and power windows.

While many of the auction’s starring supercars found high enough bids to result in a sale, still almost 40 percent of the cars offered had bids deemed too low to seal a deal. Just over 60 percent of the 193 cars in inventory had sold when the online auction clock finished its countdown.

Those cars that didn’t sell are currently listed on RM Sotheby’s website with “buy it now” prices, indicating how much money the sellers will accept.