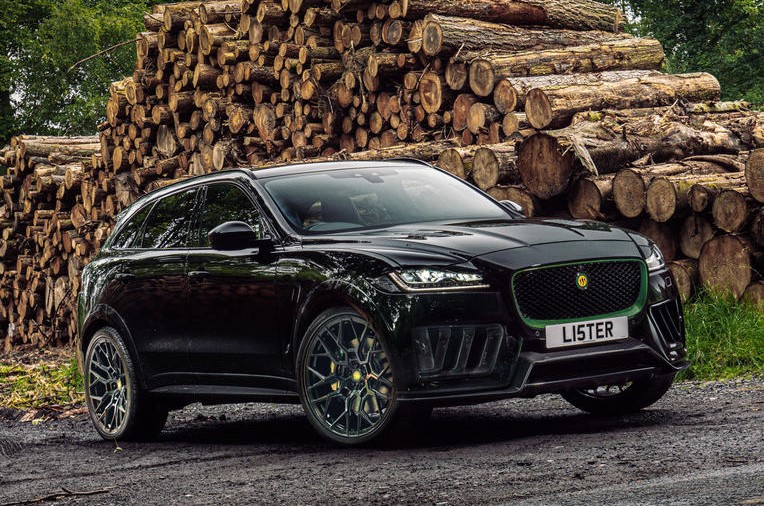 In April we got our first teaser of the Lister Stealth based on the Jaguar F-Pace SVR and now that things are official, they are claiming it is the fastest and most powerful SUV in Britain.

The angry SUV is able to hit 60 mph (96 km/h) in 3.6 seconds which is rather rapid but then you get the Lamborghini Urus hitting the full 62 mph (100 km/h) mark in 3.5 seconds. One would think the Urus would beat the Stealth but apparently it came off second best in a drag race. The Stealth has higher top speed (195 mph) than the Urus which according to Lister “adds proof to its claim of being Britain’s fastest SUV”.

The exterior keeps most of the F-Pace SVR styling but there are some noticeable tweaks to give it an even angrier look. The front bumper has been redesigned, with two large air intakes added to improve airflow to the engine, and a large carbon fibre rear diffuser sits in the middle of the reshaped rear bumper. Lister has also introduced carbon fibre side skirts and wider wheel arches.