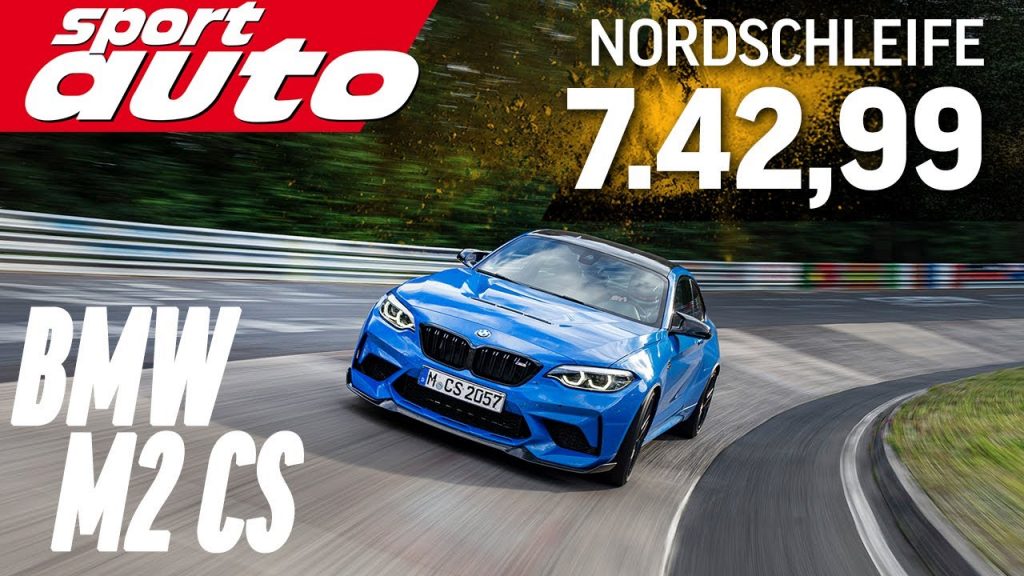 The BMW M2 CS is shaping up to be one of the best modern BMW M cars and it seems the engineers have done a fine job on making it more track-focused than ever.

It is always interesting to see what sort of lap time a new car can achieve on the gruelling Nurburgring and now the folks from SportAuto have put the M2 CS through its paces to set a time of 7:42.99.

Christian Gebhardt was the man behind the wheel who managed to cross the line fractionally faster than a Porsche 911 GT3 RS (996) which did a 7:43.

Yes, it is an impressive time but it failed to beat the likes of the Porsche Cayman GT4 which could be considered its biggest competition.

At around eight minutes into the video, the driver approaches a corner at speed causing the car to understeer, veer onto the grass and nearly slam into the wall. Luckily, Gebhardt manages to skillfully keep the car under control, rejoin the track, and still post a respectable lap time.