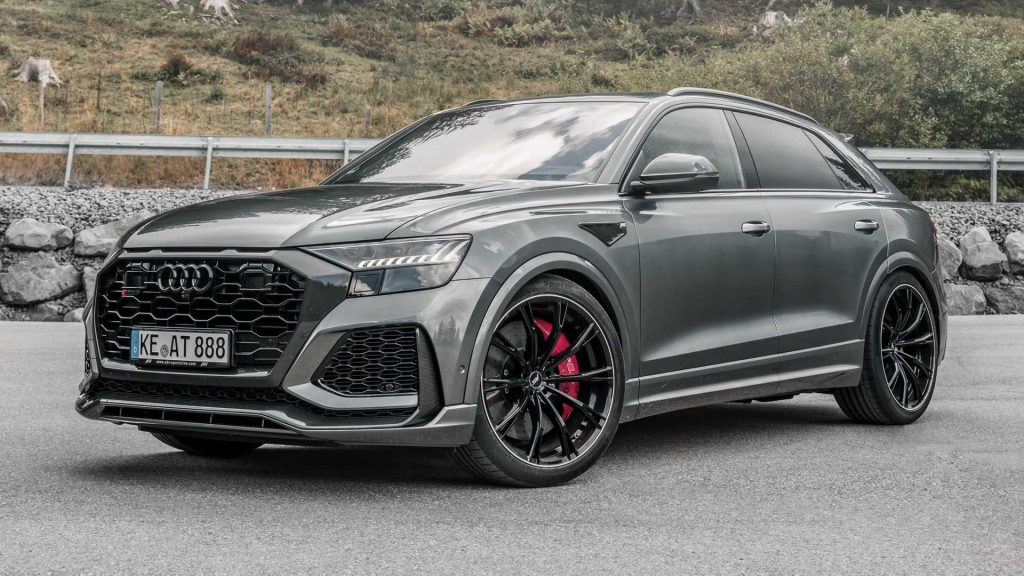 ABT has got its paws on the new Audi RS Q8 to take things to a Urus thrashing level.

Those are both strong gains over the stock output of the twin-turbo 4.0-litre V8 which has already shown it is more than capable enough to be considered a Super SUV. With the power increase, this could scare a few supercars at a traffic light we think but no official performante figures have been released.

ABT offers an exhaust with four active pipes and two electrically-controlled flaps. The part also frees up some horsepower by reducing backpressure.

As you can see some wheels have been fitted to give the SUV more presence, in this case, some huge 23-inch diamond-finished rims.

As a final touch, ABT offers carbon fibre pieces for the rear spoiler and fender vent inserts.