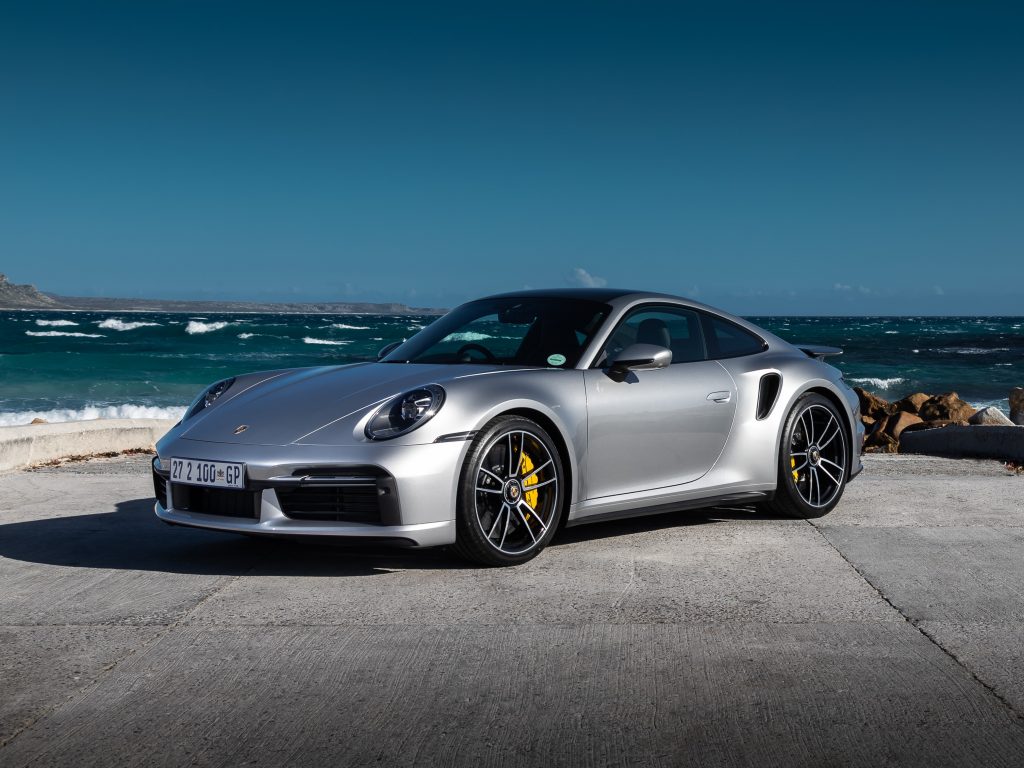 You may not know this by now, but we are rather fond of the machines coming out of Stuttgart at the moment and the latest 911 Turbo S is added to the list of sensational sports cars from the German manufacturer, only this should technically be in the hypercar category.

The Porsche (991.2) 911 Turbo S was already considered one of the most rapid sports cars ‘normal money’ could buy and judging by our short drive in the new one, it seems they have done it again. They have turned up the wick on the Turbo S to epic proportions and in doing so built a 911 that is comfortably quicker than most supercars, as comfortable and practical as many luxury coupes and is actually able to fly somewhat below the radar.

A non-enthusiast would not know that the car is a 641 hp (478 kW) rocketship and with the exhaust valves closed you could quite easily sneak around largely unnoticed. Being performance-focused freaks at Zero2Turbo, we would like the front end to look a little more menacing but the rear is totally drool-worthy.

The eight-speed PDK dual-clutch transmission comes as standard but has been beefed up to handle the mega power coming from the 3.8-litre twin-turbo flat-six.

We have all heard and seen the new Porsche 911 Turbo S launching but to be in the driver seat (as well as the passenger seat) for the brutal assault is something we will never forget. Just a bunch of profanities come out of your mouth as the car hurtled to 100 km/h faster than anything we have ever driven. They claim a sprint time of 2.7 seconds but they are without a doubt being conservative here as we think it is comfortably under 2.5 seconds.

It is truly eye-opening, neck-snapping stuff you’re not likely going to experience anywhere else this side of an EV. Unlike an EV, you have a lovely sound to go with it. We tested the car with the Sports Exhaust which gives it a lovely deep angry tone at low revs and some rather impressive snarls when driving spiritedly that immediately remind you that you are in a 911.

Can a car with so much get up and go handle well too? Well, of course, it is a Porsche, but you need to be wide awake to make sure you scrub off enough speed going into corners.

The speed you reach from every corner exit to every corner entry is just staggering but the standard Porsche active suspension, rear-wheel steering and dynamic chassis control should all keep you on the black stuff. Scrubbing speed is no problem at all as Porsche has also fitted an air brake that is activated when you really testing the stopping power from the standard-fit carbon-ceramic discs (now featuring ten-piston calipers upfront).

The new 911 Turbo S has completely different characters too depending on what driving mode you are in – once again easily selected using the dial on the steering wheel. Normal mode and you could almost call it a grand tourer, Sports mode gives the car more bark and anger but remains calm and manageable. Sport Plus should be called timewarp mode and as you see the rear-wing deploy, you know things are about to get rather energetic.

For all the savage performance Porsche has extracted from its new Turbo it has also installed a deep layer of finesse to the car’s powertrain and chassis.

The new 911 Turbo S starts from R3,849,000 in South Africa and actually remains quite a unique proposition. There is not much else out there that can offer the practical 2+2 configuration with such sensational on-road performance for that price.

It’s arguably the world’s most complete and versatile all-season supercar. Yes, Porsche, we said supercar as this is no ‘sports car’.