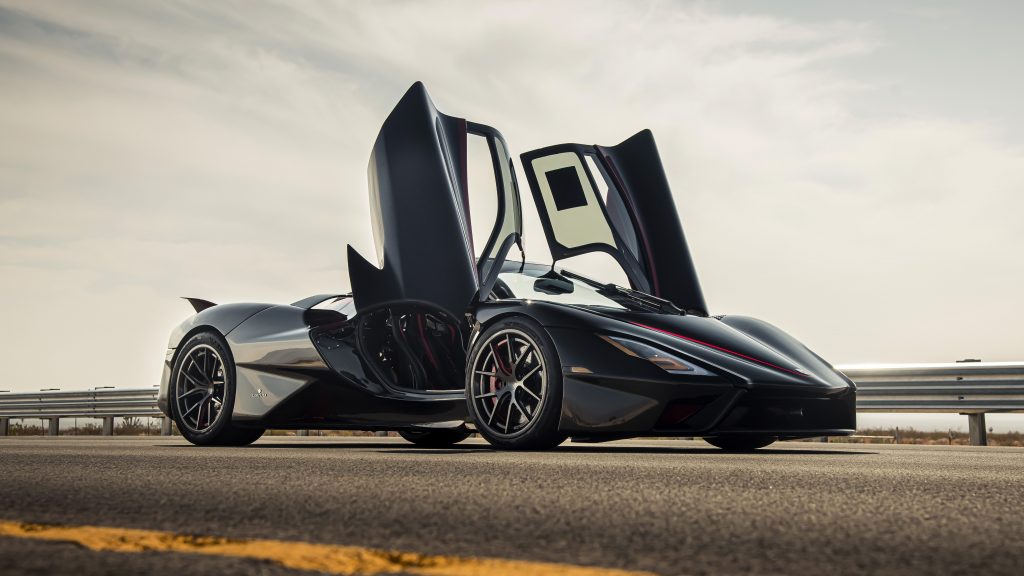 Rumours were swirling last week about a new top speed record for a production car and we can now confirm it has been absolutely smashed.

The SSC Tuatara reached a top speed of 331 mph (532 km/h) on a seven-mile stretch of closed road just outside of Las Vegas, Nevada.

Brit Oli Webb was the brave man behind the wheel and had this to say: “There was definitely more in there. And with better conditions, I know we could have gone faster, as I approached 331 mph, the Tuatara climbed almost 20 mph within the last five seconds. The car wasn’t running out of steam yet. The crosswinds are all that prevented us from realising the car’s limit.”

“It’s been ten years since we held this record with our first car, the Ultimate Aero, and the Tuatara is leagues ahead. Its performance reflects the dedication and focus with which we pursued this achievement,” said Jerod Shelby, CEO of SSC. “We came pretty close to meeting the theoretical numbers, which is astonishing to do in a real world setting on a public road.

“America’s new claim to victory in the ‘land-based space race’ is going to be tough to beat,” he added.