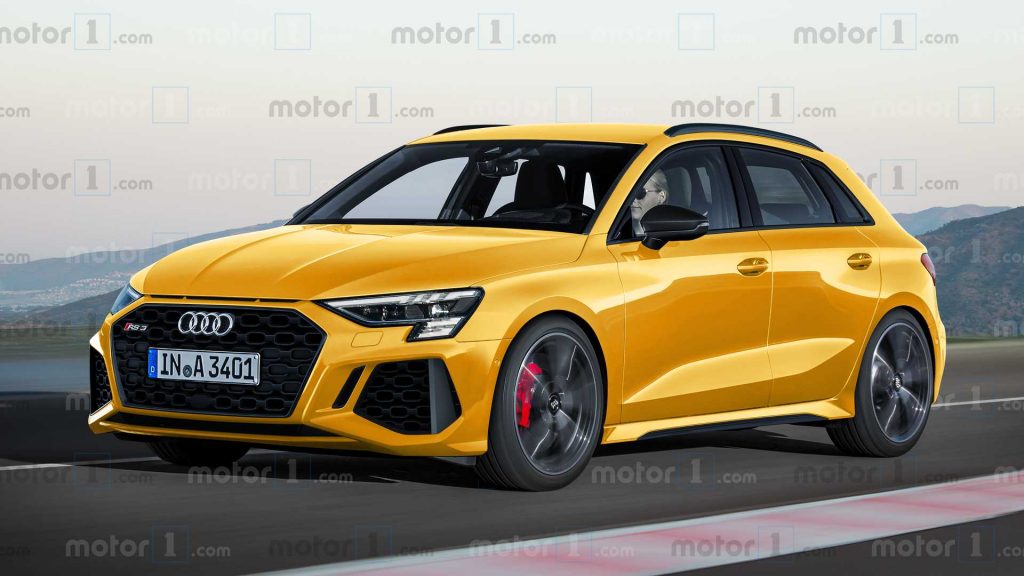 Fans of the four rings will get to see the all-new Audi RS3 this year but not too much is known other than the fact that it will be a properly rapid hatch.

Auto Bild claims to shed light on some new performance and technical details.

According to the report, the 2.5-litre inline-five turbo engine will be cranked up to 420 hp (313 kW) with a nice round 500 Nm of torque. That makes it 20 hp (15 kW) more powerful than the outgoing models. This confirms the figure we quoted in December last year.

Auto Bild also heard that the engineers are looking to give the new RS3 the same newly developed all-wheel-drive introduced last year by Volkswagen for the new Golf R and the first-ever Tiguan R. The AWD’s highlight is the ability to distribute torque not just between the front and rear axles, but also between the two rear wheels.

The system is called 4Motion with R-Performance Torque Vectoring but Audi will simply call it Quattro in the RS3 models.

We find it a bit amusing that Audi could potentially be using hardware originally designed and developed for a VW model when previous reports suggest Audi refused to allow VW to use the 2.5-litre engine for the Golf 8 R.

Anyway, lets wait and see what comes of this but it will need to pack one mighty punch to become the ultimate hot hatch.