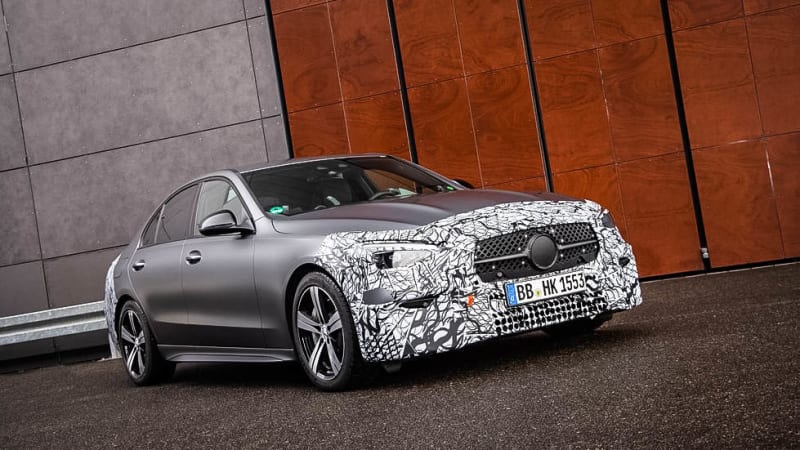 A new report out of the US of A claims that Mercedes-Benz will be ditching the six and eight-cylinder engines from the upcoming C-Class range.

This confirms the initial reports regarding the C63 but it seems even the C43 will lose its six-cylinder too.

The all-new 2022 Mercedes-Benz C-Class is set to be revealed later this month, and it’s expected all variants, including the AMG hero cars, will be powered by a four-cylinder engine with varying levels of hybridisation.

The new C-Class will be fully revealed on the 23rd of February and Mercedes South Africa has already confirmed the sedan will again be produced in East London.

Mercedes-Benz
Share. Facebook Email Twitter LinkedIn WhatsApp Telegram
Previous ArticleNext Jeep Grand Cherokee Trackhawk To Be Electrified
Next Article What To Do When Your Car Suddenly Breaks Down In The Middle Of A Road