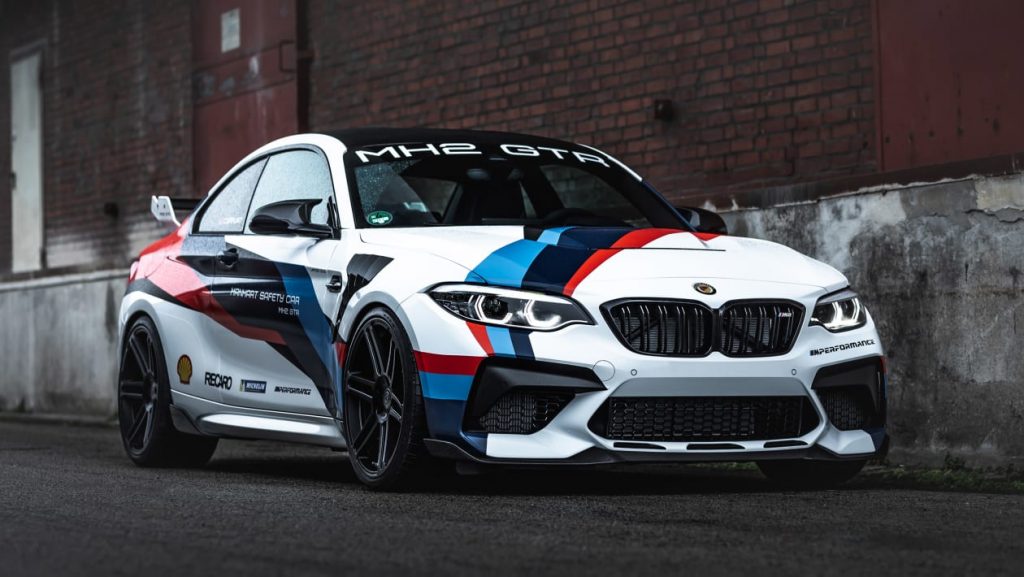 The BMW M2 CS is technically the best M car on the market which would generally mean the package is perfect, but German tuner Manhart Performance clearly had other ideas and have cooked up the MH2 GTR.

Cosmetically you will notice a few significant changes with a bunch of carbon aerodynamic components including a prominent stacked rear wing and some BMW M Performance graphics.

Hop inside and you will notice a pair of Recaro bucket seats and some additional carbon. The centre left air vent on the dash has also now swapped for an Awron data display, providing the driver with important information about the powertrain.

The S55 3.0-litre twin-turbo straight-six develops 444 hp (331 kw) and 550 Nm of torque in stock form but thanks to the addition of an uprated intercooler, a carbon fibre intake, upgraded turbochargers and an ECU tune, output has been significantly lifted.

The tuner states it pushes out 592 hp (441 kW) and 830 Nm (612 lb-ft) of torque, which is a substantial increase in power and mind-bogglingy more torque than what you get in the M8 Competition.

Software tweaks to the ECU have also improved throttle response and finessed the power delivery, with the 7-speed dual-clutch transmission also sharpened through its own software recalibration.

If you wish, the tuner will fit some new suspension components sourced from H&R, with uprated brakes available too.