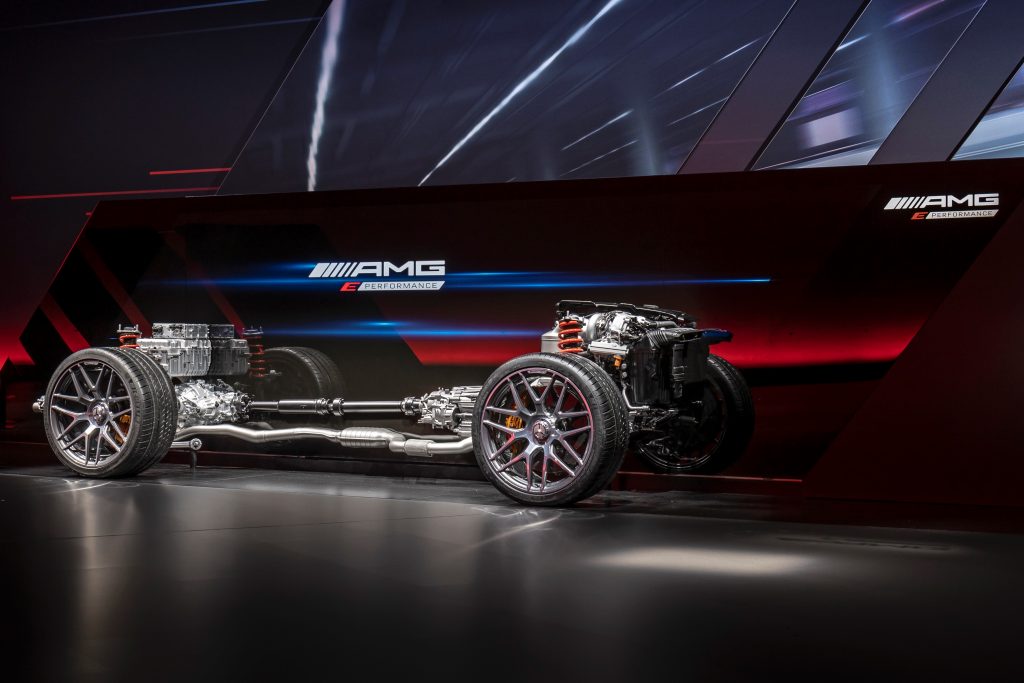 Mercedes-AMG has not confirmed it themselves but after releasing all this detail on the four-cylinder hybrid setup, one can assume this will make its way into the next C63 S.

As expected, the high-performance plug-in hybrid system will be employed by AMG-badged versions of the new Mercedes-Benz C-Class which will inevitably be the flagship C63 and C63 S (could be called C63e).

The 2.0-litre four-cylinder M139 from the A 45 S will be the focus of the system but will develop more than 330 kW on its own (at least 20 kW up on the A 45 S tune) thanks to an electrically-driven turbocharger. This will be paired with a 150 kW and 320 Nm electric motor on the rear axle and a 48-volt mild-hybrid system, the latter capable of driving auxiliary features such as driving lights and air conditioning at low speeds, or adding a performance boost of up to 10 kW.

Electric mode allows cars with the four-cylinder PHEV system to drive on electricity alone at speeds up to 130 km/h.

As for the aforementioned electrically-driven turbocharger, the unit employs an electric motor to spool up the turbo before the exhaust gas is able to flow through, improving response at low rpm’s, and allowing the turbo to continue spinning during gear changes, or when the driver lifts their foot off the accelerator and applies the brakes on the race track.

The rumours suggest the all-new Mercedes-AMG C 63 (or whatever it will be called) will debut later this year or early in 2022.