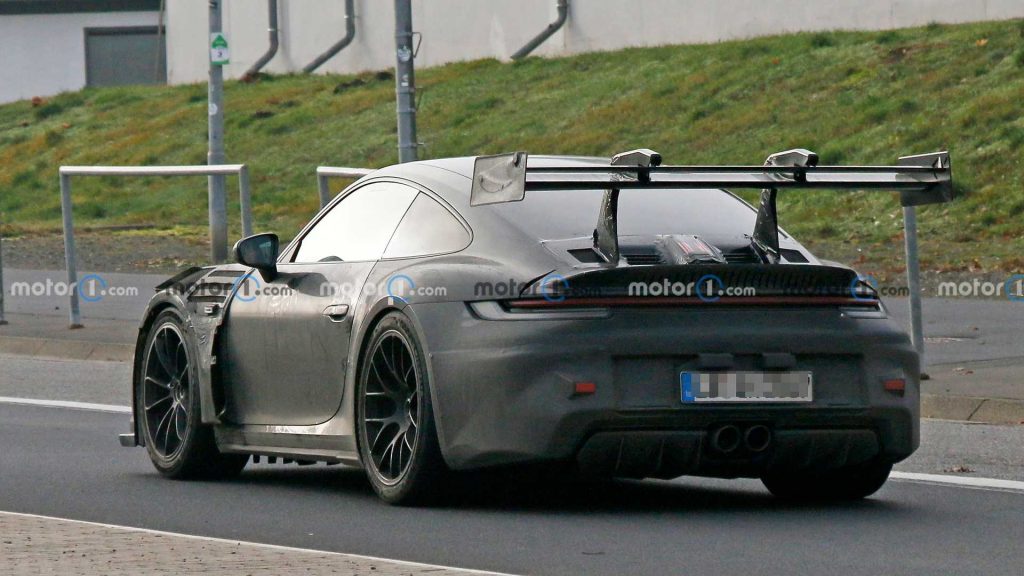 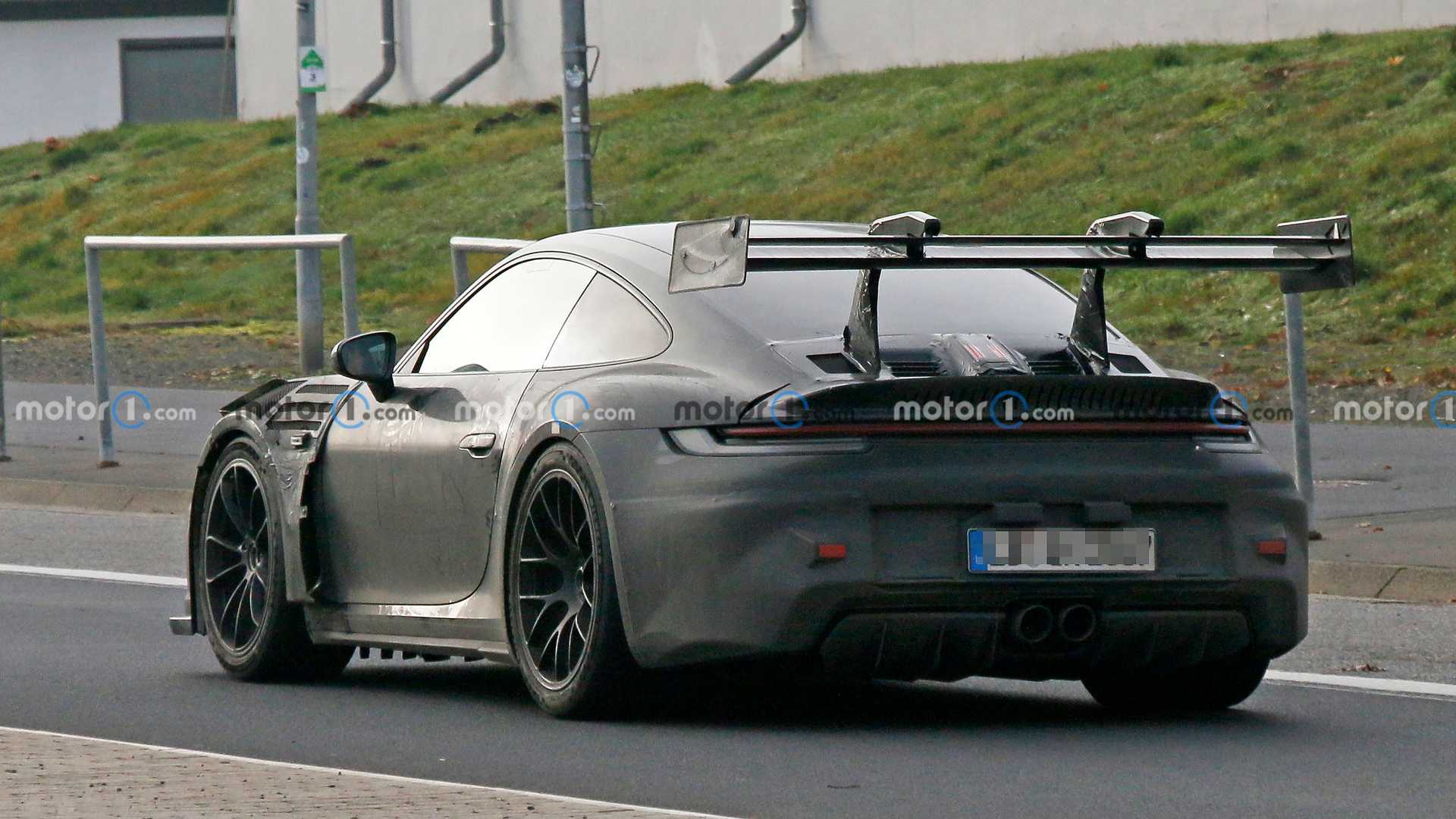 Porsche has revealed the new 992-generation 911 GT3 recently so naturally we are all waiting in anticipation for the hardcore RS variant and it seems spy photographers have captured it doing some testing.

Take only a look at it and you might think it is Porsche testing a new race car given the sheer size of the rear wing. However, we can see the prototype had a license plate and it had one of those German emissions stickers on the bottom corner of the windshield on the passenger side.

At this stage, we are expecting it to make use of the unreal naturally aspirated 4.0-litre engine. The 991 GT3 already produces a healthy 502 hp (374 kW) and 469 Nm (346 lb-ft) of torque in the non-RS variant, but Porsche will probably be massaging the flat-six to extract a bit more power. While the GT3 can be had with a third pedal, its hardcore counterpart is expected to come in a PDK-only flavour.

Time will tell whether the RS is going to be introduced this year, but with the standard GT3 yet to reach customers, Porsche could wait until early 2022 to unveil the winged weapon.