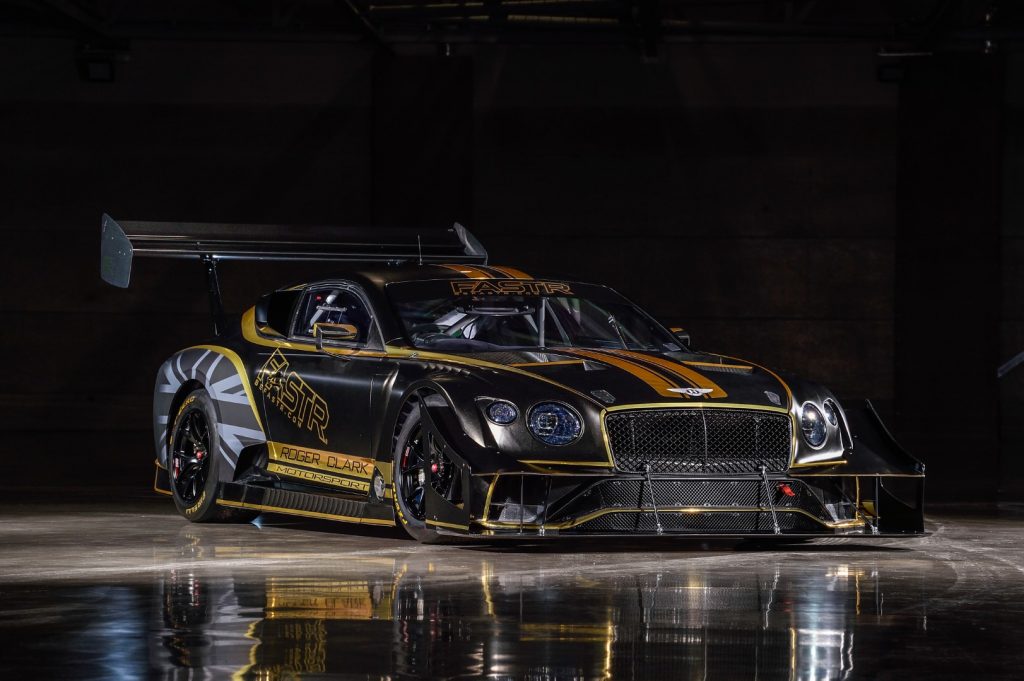 Today marks the start of an important sustainability initiative for Bentley, with the announcement of a renewable fuels research and development programme spearheaded by the most extreme road-car-based Bentley in its 101-year history.

The Continental GT3 Pikes Peak, designed and built to compete for the Time Attack 1 record at this year’s Pikes Peak International Hill Climb, will be the first competition, Bentley, to run on renewable fuel, ahead of a goal to offer sustainable fuels to Bentley’s customers around the world.

The modified race car will power its way through the 12.42-mile course running on biofuel-based gasoline and will be piloted by three-time Pikes Peak champion and former “King of the Mountain’ Rhys Millen (NZ).

As you can tell from the included images, this is the most extreme iteration of a Continental GT – or indeed any Bentley road car – ever. The rear wing is the biggest ever fitted to a Bentley which sits above a highly efficient rear diffuser that surrounds the transaxle gearbox. This rear aerodynamic package is balanced by a two-plane splitter at the front, flanked by separate dive planes.

Powering the beast is the proven racing power unit, developed from the 4.0-litre turbo V8 fitted to the Continental GT V8.  For the Continental GT3 Pikes Peak, engine modifications together with the use of carefully selected biofuel will ensure the engine develops significant horsepower despite the rarefied conditions it will operate in. Short side-exit exhausts will ensure the car sounds as dramatic as it looks.