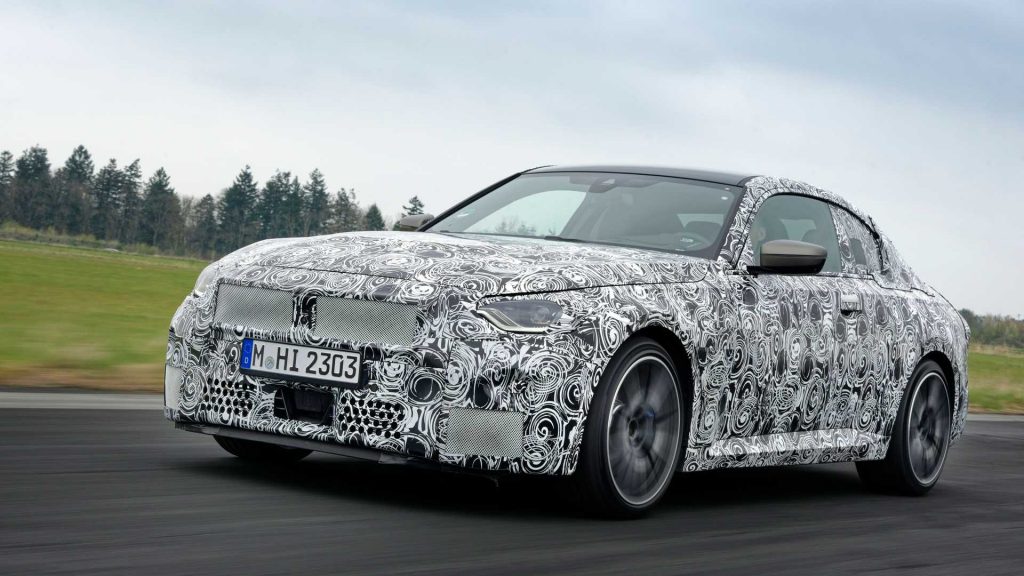 BMW has finally started the teaser campaign for the next-generation 2 Series Coupe and contrary to rumours, it will remain a rear-wheel-drive-based sports car.

The teaser images of a camouflaged prototype focus on the hottest version we call the M240i xDrive sporting its large trapezoidal exhausts.

The official shots seen here do not give too much away but does confirm that the G42-gen 2er will not make use of the controversial grille. It does retain the RWD proportions of its predecessor with a long hood and a chunky short rear, although we won’t be too surprised if the new model is slightly larger.

The inline-six will still be present but has been tweaked to develop 369 hp (275 kW) making it 34 hp (25 kW) stronger than the model it replaces.

A rear-biased AWD system is being promised, along with a “fully variable locking effect generated by an electric motor.”

We should expect the new 2er to go on sale towards the end of the year.