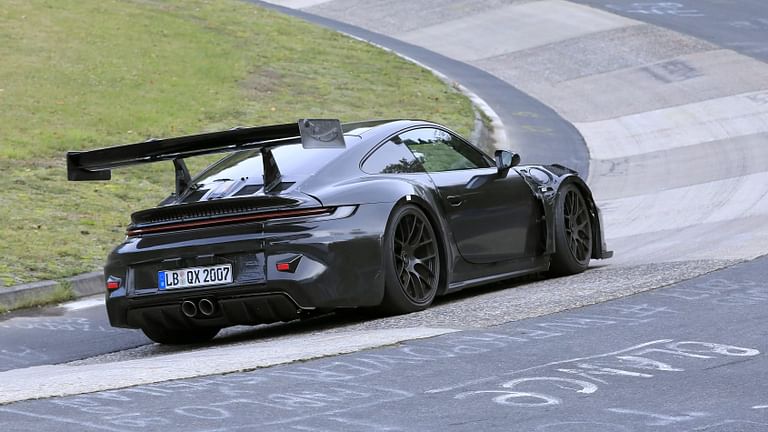 The new Porsche 911 GT3 reviews are in and it sounds like they have smashed it out the park yet again. We cannot wait to get behind the wheel ourselves but we are most looking forward to seeing (and hopefully driving) the all-new 911 GT3 RS.

We have seen many spy shots of the prototypes doing testing on public roads as well as the infamous Nurburgring but until now we thought that giant rear wing was a fixed one.

In the video below take a close look at what happens to the wing right at the end of the clip. Yes that is actually a fully active rear wing similar to the DRS system used on a Formula 1 car.

We have no doubt that the new GT3 RS will be a sublime track machine and this new information pretty much solidifies that the RS line of Porsches is always going to be the ultimate track weapons.