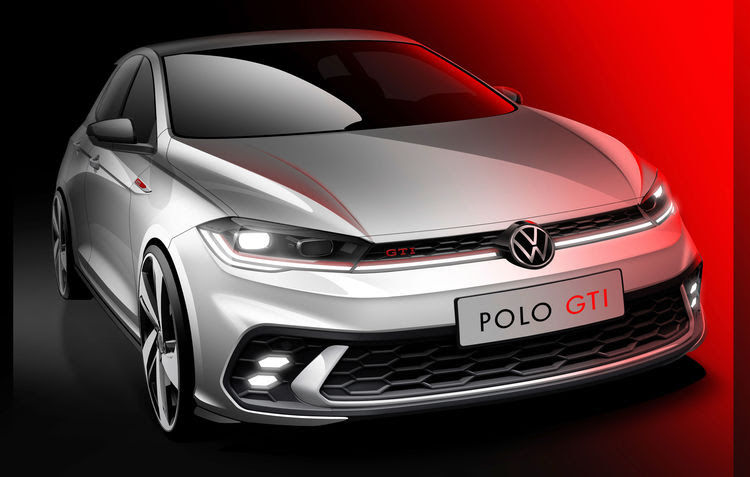 Volkswagen took the covers off the refreshed Polo last month and now they have tickled the inner petrol head in us with a teaser of the range-topping GTI variant.

The manufacturer is labelling it “sharper, dynamic, power-packed” and as you can see it makes use of the traditional red accents we have come to know.

SImilarly to the new Golf GTI, it also receives LED daytime running lights embedded into the honeycomb “air intakes”, but only two modules rather than five. The red strip above the light bar added with the facelift is also inherited from the Golf GTI and we’d argue these changes make the B-segment performance hatch look a tad more aggressive.

At this stage, we do not know what they will be doing with regards to the engine but the pre-facelifted Polo GTI made use of 2.0-litre turbocharged gasoline engine delivering 200 hp (147 kW) and 320 Nm (236 lb-ft) of torque. A six-speed manual was offered for a while before the Polo GTI became a DSG-only affair.