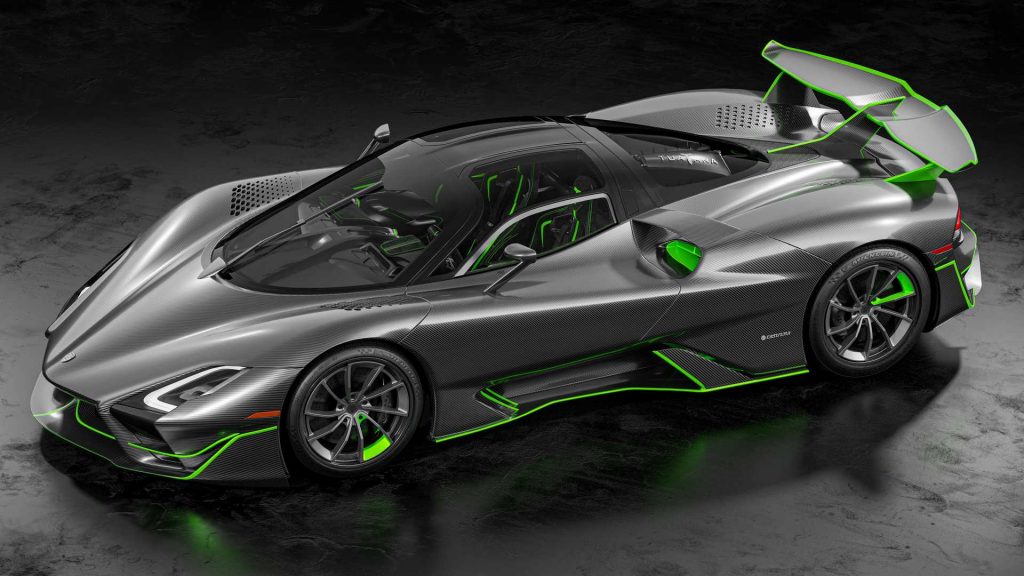 SSC has not officially done what they wanted to do with the Tuatara yet but it seems they are going all out with two more versions of the car in the near future.

First up is the Striker which focuses on aerodynamic enhancements to significantly increase downforce. Specifically, SSC says downforce is increased by a factor of three, producing 500kg for the entire car at a speed of 160 mph (257 km/h).

As you can see this Striker variant makes use of a serious rear wing working with the original active rear wing as well as a vertical stabilizer and a slightly modified diffuser. A front splitter, frontal dive plane, and directionally vaned side rockers contribute to forces towards the front.

Power remains the same at 1,750 hp (1,305 kW) but find yourself an Aggressor version and power climbs to a ridiculous 2,200 hp (1,641 kW). The Aggressor also benefits from the aero upgrades given to the Striker but alas, it’s not street legal. SSC bills this as a track-only machine.

As it stands, SSC will be aiming to produce 100 regular Tuatara’s, 100 Strikers and just 10 Aggressors. Pricing information is not available at the moment but if you have to ask how much, you are not their target market.

The Tuatara will still have a go at officially becoming the fastest production car in the world but the first customer car (also the test car) is undergoing some repairs at the moment after an unfortunate transport incident last month.