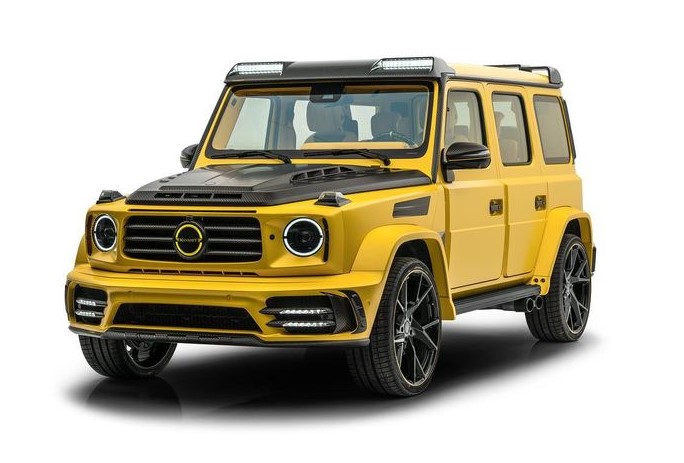 Another week has gone by which means another ludicrous Mansory machine has been unveiled but this time it looks like it is something from Transformers.

It is dubbed the Mansory Gronos and although it is not their most powerful G Wagon, it is almost definitely the brightest.

Luckily the chances of seeing one are very low as they will only be making 10 examples each finished in the bright matte yellow paint we see here.

As you can see it is equipped with a massive bodykit all the way around the off-roader although those massive wheels are probably hopeless off the tarmac. The tuner has also equipped the G 63 with roof-mounted driving lights and tweaked the rear end with the fitment of a new bumper, wing, and carbon fibre spare wheel cover.

If that was too much to handle then don’t look inside because it actually gets more ridiculous. Pretty much every surface or item has been given the Black and yellow treatment. Flakes of gold are also found throughout, including on the steering wheel, and transmission tunnel.