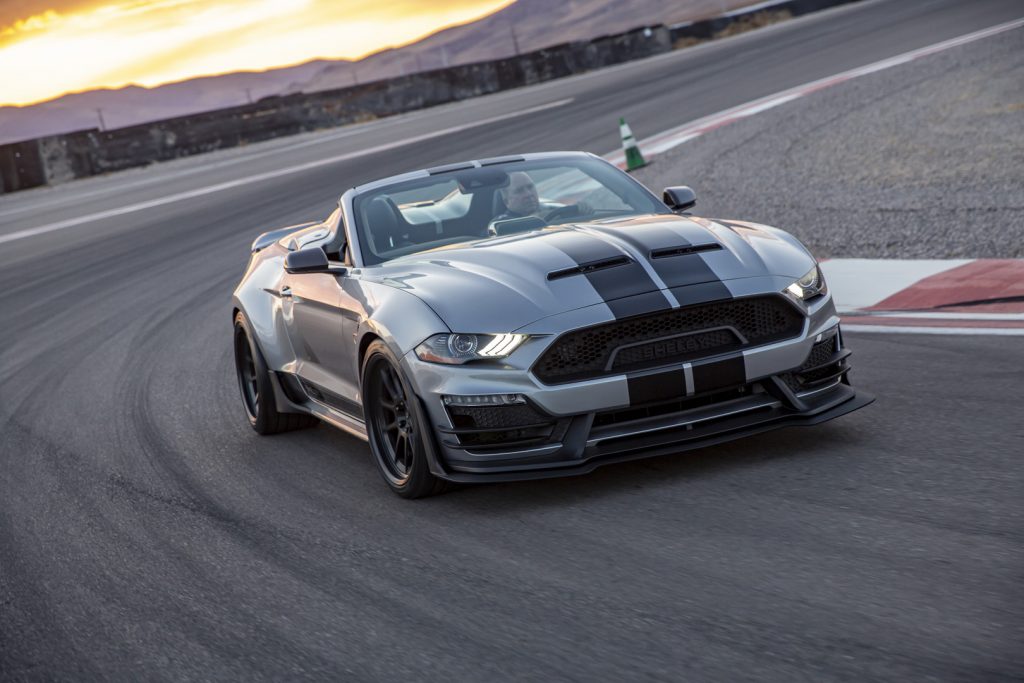 Shelby South Africa has confirmed that you are now able to order the 2021 Shelby Super Snake, including the eye-catching and extremely exclusive Shelby Speedster.

To celebrate the 98th anniversary of founder Carroll Shelby, a matching number of Super Snakes will be produced, while the Shelby Speedster will be even more limited with only 25 units being built.

As always, the foundation of a Super Snake has enhanced performance and that is exactly what you will get if you decide to upgrade your Ford Mustang. The 5.0-litre V8 receives a high-polished Whipple supercharger as well as some fine-tuning and other performance parts which cranks output up to a monstrous 825 hp (615 kW). All this grunt is sent to the rear wheels so you better know what you are doing. If you do, you will be able to launch to 100 km/h in just 3.5 seconds.

Included in the upgrade is the Shelby Track Handling Package which comprises new high-performance tyres wrapped around 20-inch one-piece forged aluminium wheels. Behind that, a glimpse of the red calipers reveals the Shelby brake system with improved cooling, keeping the brakes at peak performance for longer.

Adding to the presence of the muscle car is the aluminium widebody front fenders and the steel bonnet from Shelby’s Signature edition. “The wider body allows for the use of bigger 305-inch tyres all round,” says Peter Lindenberg, owner of Shelby South Africa. “Shelby has also made advances on the aero package, hence a more aggressive front bumper and splitter with added veins,” says Lindenberg.

Both the Shelby Super Snake coupe and Shelby Speedster are now available to order in South Africa.