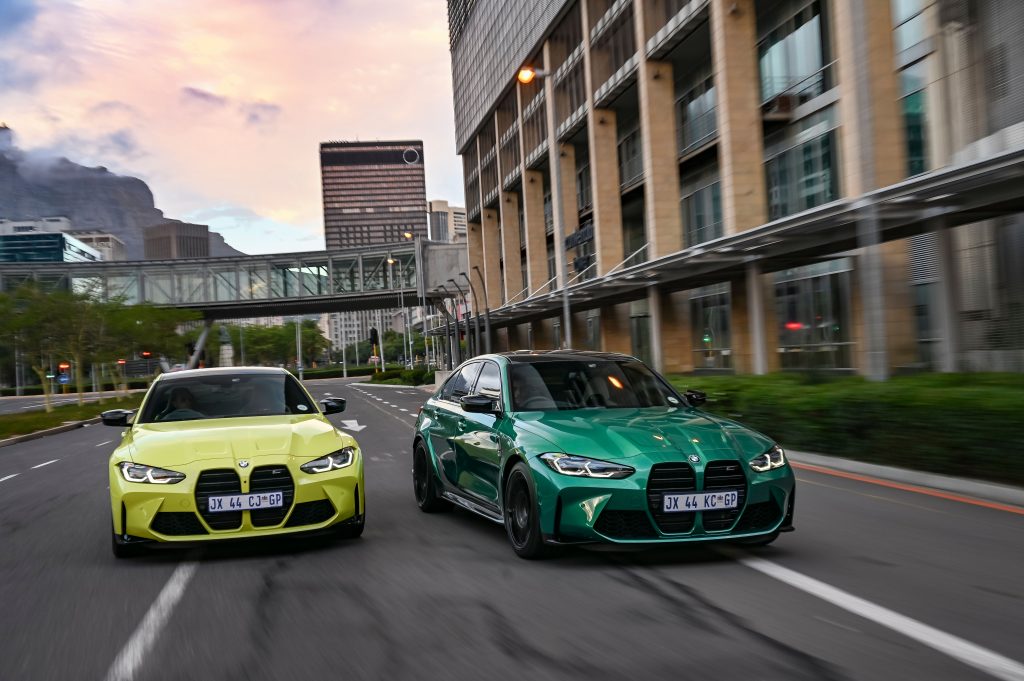 BMW has started to build the first units of the xDrive variant of the new BMW M3 and M4 Competition but what will you be expected to part with the first-ever all-wheel-drive M3 and M4?

Indicative pricing is as follows;

This price obviously includes the M xDrive system but also 6 optional extras from the RWD variants which would have amounted to R50k. These include; Auto Tailgate, M Seat Belts, Galvanic Embellishers for Controls, Park Assist Plus, Gesture Control and Folding rear headrests. That makes this variant pretty much the same price as the RWD with those options ticked so it seems BMW South Africa has sharpened their pencils for this highly-anticipated M car.

As a reminder, both models pack the same twin-turbocharged 3.0-litre straight-six setup pumping out 375 kW and 650 Nm.

Thanks to the additional traction off the line, this duo can sprint to 100 km/h in 3.5 seconds which makes them 0.4 seconds faster than their rear-wheel-drive counterparts. We have already seen the RWD models setting sprint times well below the claimed time so can we expect this xDrive variant to get rather close to the 3-second flat mark?

Retail for South Africa is planned to start around the end of the third quarter or early in the fourth quarter.