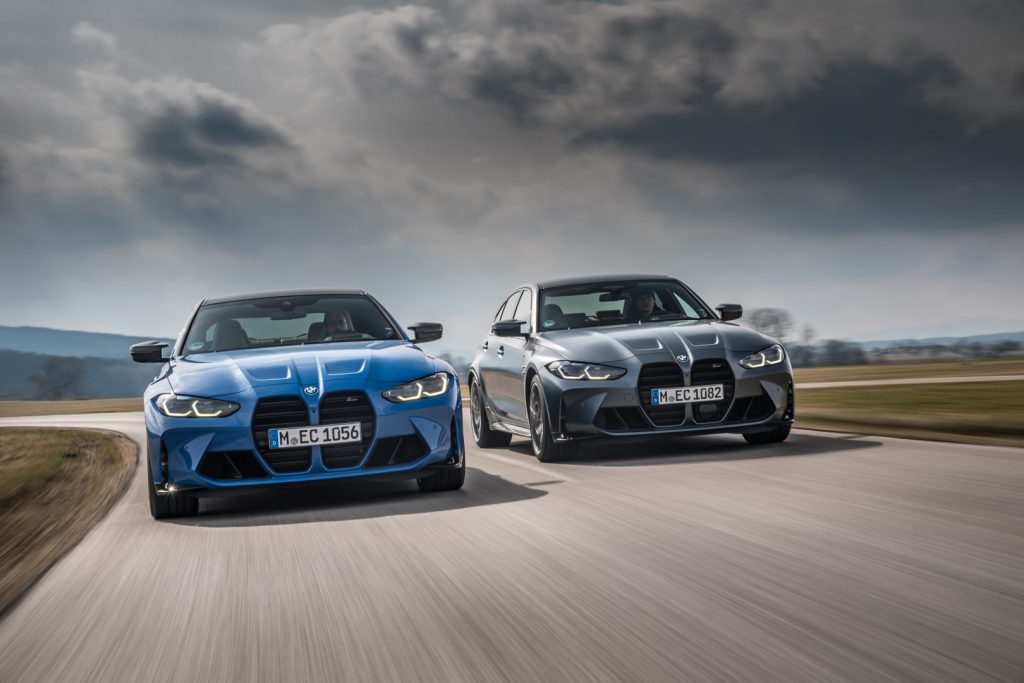 BMW has bolstered its M3 and M4 line-ups with new four-wheel-drive versions of its latest hot compact executive saloon and coupe.

Starting from July, the new models will be in production and will come with a small premium attached to it compared to the rear-wheel-drive models.

As expected, they will both make use of the twin-turbocharged 3.0-litre straight-six engine developing 503 hp (375 kW) and 650 Nm of torque, which is sent to the xDrive system through an eight-speed automatic gearbox.

Thanks to the additional traction off the line, this duo can sprint to 100 km/h in 3.5 seconds which makes them 0.4 seconds faster than their rear-wheel-drive counterparts. We have already seen the RWD models setting sprint times well below the claimed time so can we expect this xDrive variant to get rather close to the 3-second flat mark?

Both are fitted with BMW’s Active M Differential, which provides a fully variable distribution of torque between the rear wheels.

The only other change is that the xDrive variants get a new double-joint spring front axle with bespoke suspension geometry. The steering ratio has also been tweaked to suit the new driveline.

Customers will soon find even greater scope for matching M’s distinctive approach to high-performance driving with their personal style when the new edition of the BMW M4 Convertible joins the model range later this year.