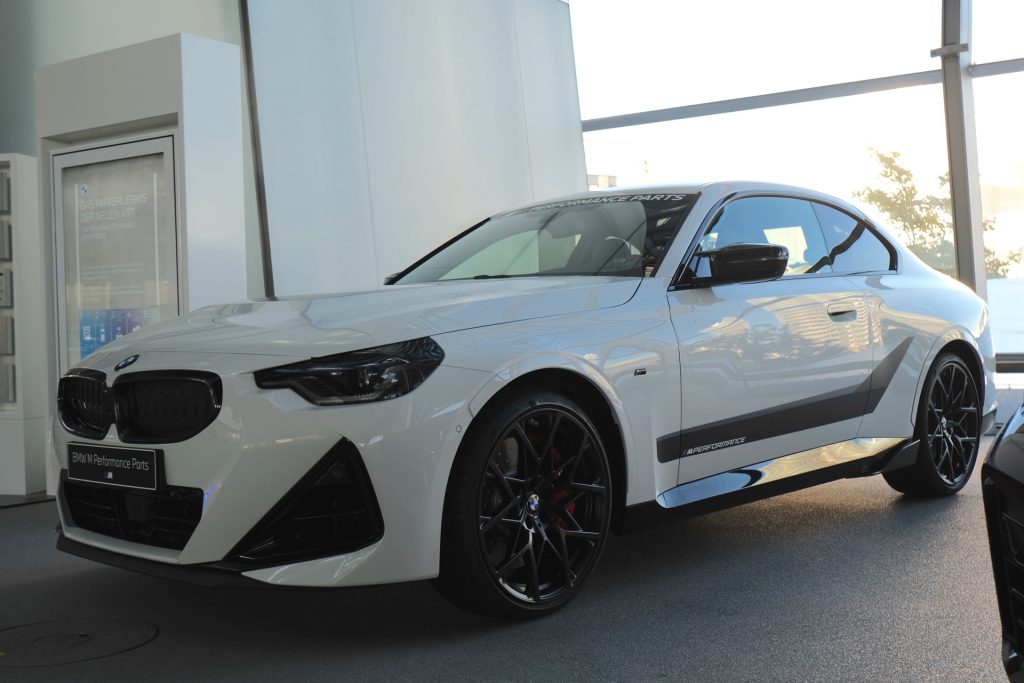 BMW has not officially released the M Performance parts for the new BMW 2 Series range but a Bimmerpost user managed to snap some of the M240i variant fully kitted out at the BMW Welt.

At the front, you will find some carbon parts including the grille trim and the front spoiler. Carbon fibre side skirts are also present which end with some little winglets just ahead of the rear wheels. At the rear, there is a new boot lid spoiler as well as a faux diffuser.

Fancy the M3-style mirrors? You are in luck as those can be fitted too.

There are a few different wheel options. Two 20″ wheels; one two-tone and one black; and one 18″ option with a black finish. the car shown here features black wheels with the aftermarket brake system and red calipers. Black stripes are available for the flanks of the car and even the hood.

Hop inside and there is an M Performance steering wheel with Alcantara nine and three o’clock positions, as well as a red twelve o’clock stripe. The sports seats feature M Performance badging as well as what seems to be Alcantara on the seatbacks, and some carbon fibre trim on the back of the headrests.

Does this improve the 2er for you? We have to say a big yes but will wait to confirm once we have seen the model in the metal.