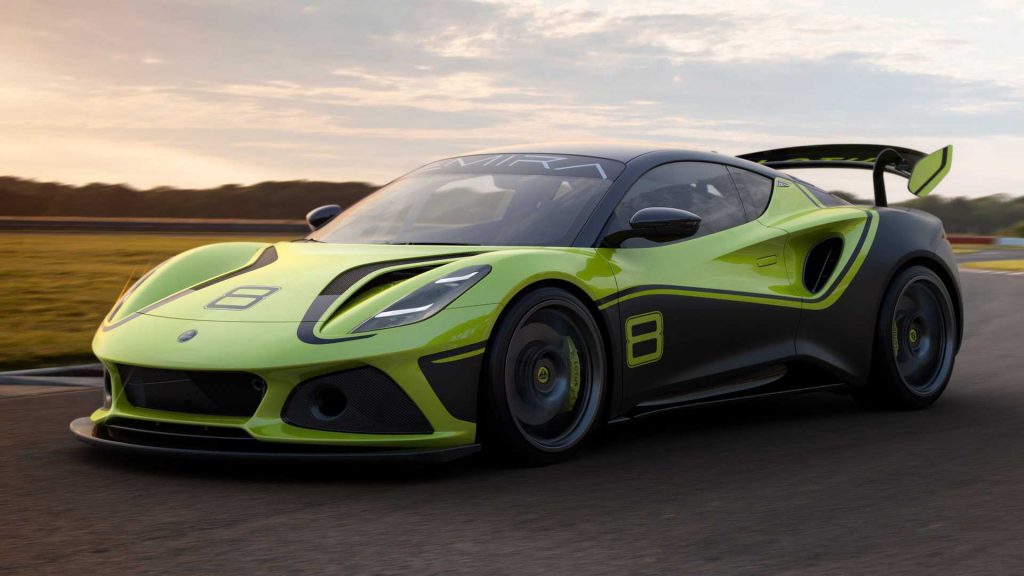 When Lotus revealed the Emira it was not only the first new Lotus in over a decade but also a car that happened to catch the eyes of enthusiasts around the world thanks to its clean classic Lotus lines.

The Emira is the automakers closing act for internal combustion performance and in true Lotus style, they will not do it quietly as they have now revealed a full-on racing version to savour.

The Lotus Emira GT4 is a concept developed with RML Group and although they are promising to unveil the official production Emira GT4 race car later this year, we suspect you’ll be getting pretty much everything you see here.

That means the Emira sheds a fair bit of weight for the GT4 variant with a targeted dry weight of 2,778 pounds (1,260 kg). They did not mention exactly how they will achieve the weight loss but we can assume it is through the removal of various creature comforts found in the road-going car.

Power is said to remain unchanged which means it will make use of the supercharged 3.5-litre Toyota V6, making 400 hp and paired exclusively to a six-speed xTrac paddle-shift gearbox. If this seems a little underwhelming then remember that it is very light and when paired with some sticky tyres and race-tuned suspension, that should be plenty to properly devour straightaways after taming corners.

There’s no mention of cost or specific production targets at this point.