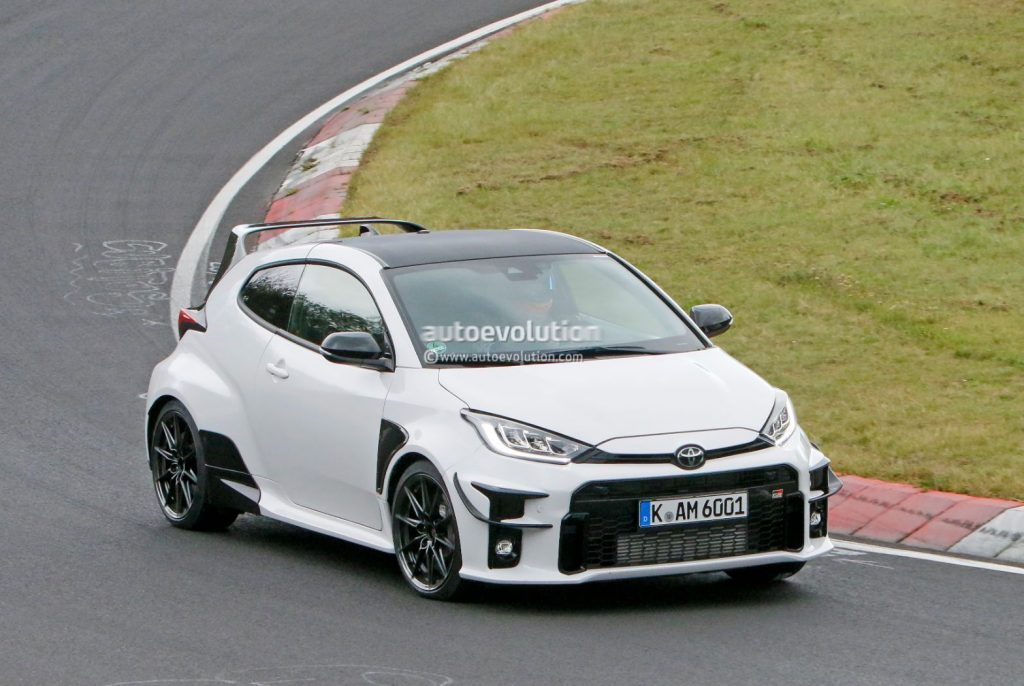 It seems Toyota want to run with the insane success of the GR Yaris by offering up an even more hardcore variant which could be named GRMN or GR Yaris S.

Recent shots snapped at the Nürburgring Nordschleife show off a more aggressive variant of the hot little hatch by sporting canards at the front corners, big outlets behind the front fenders and at the back, there is a substantial wing rising above the roof.

The Toyota engineers have fitted a piece of testing equipment to the rear which can only be for development or possibly exhaust sound recording.

We are expecting this version to more than likely pack a little more power but the focus will be on improved aerodynamic and a diet by replacing a lot of aluminium with more carbon fibre parts and losing the rear seats.

According to the spy photographers, racing driver Jose-Maria Lopez was behind the wheel. He has had a close relationship with Toyota for several years, including scoring an overall win for the team at the 24 Hours of Le Mans.

Given that the prototype didn’t have any camouflage on and looked almost production-ready, the new GR Yaris variant could be revealed before the end of the year ahead of a 2022 market launch.