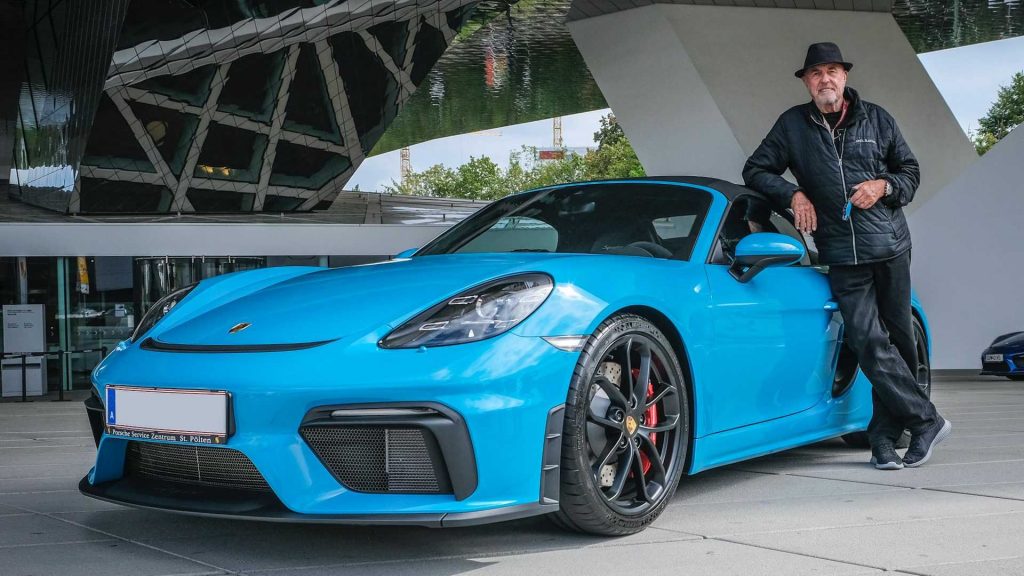 Since then, his garage has filled with various Porsche models over the years, which resulted in the keen collector building a separate storage facility to house his expansive collection.

This year marked something special for Ottocar as he bought his 80th Porsche model, a new Boxster Spyder in Miami Blue.

Porsche made it a little bit special for him by taking delivery from Porsche’s Zuffenhausen factory. They also allowed him to be one of the first customers to affix the brand’s crest on the car’s hood himself.

Currently, he has 38 Porsche’s in the collection including some very special race cars like the Porsche 917. According to Ottocar, “I can drive a different one every day for a month – and two at the weekends,” who regularly takes out about nine of his cars, including a 911 R and a Type 991 911 Speedster. However, when pressed, he wouldn’t divulge a favourite, though he often picks his Type 981 Boxster Spyder to drive.

Will he slow down on the Porsche purchases? Nope, he has no plans of slowing down and plans to travel the Pan-American highway in a Cayenne. “When you are 80-years-old, you don’t think so much about the past anymore but more about the future. You look forward to things that are still to come,” he says.