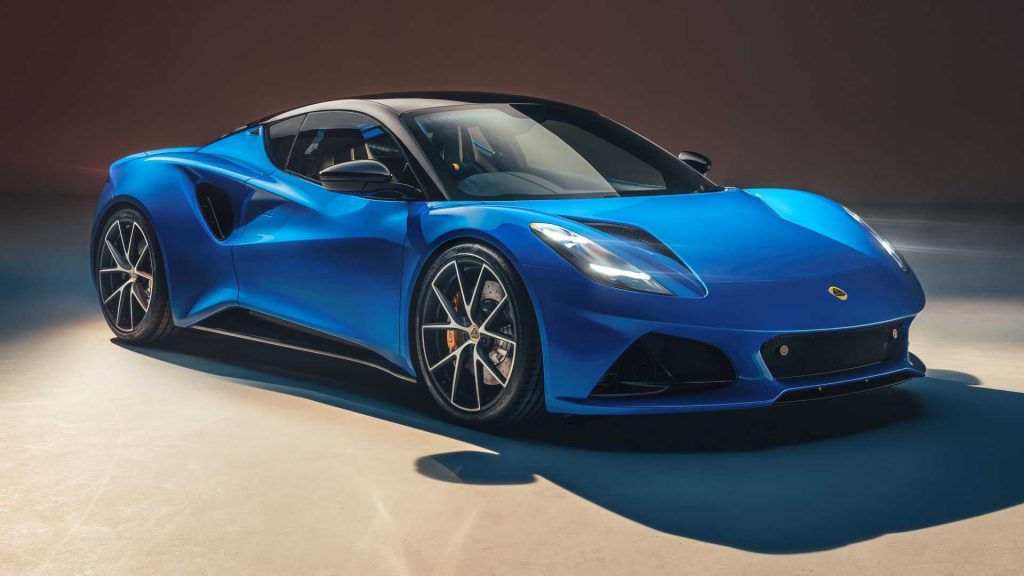 Say hello to the all-new Lotus Emira which replaces no fewer than three models and serves as their final car with a combustion engine.

The new sports car is taking aim at the likes of the Alpine A110 and Porsche 718 Cayman but it has a bigger footprint compared to them. Lotus shaved off as much weight as possible so it tips the scales at 1.405 kg which is nowhere nearly their lightest offering to date.

When it comes to power, you have the choice between engines. You can opt for the tried-and-tested supercharged 3.5-litre V6 of Toyota origins or you can try a 2.0-litre turbocharged engine from AMG.

If you opt for the M139 AMG unit, you will be forced to work with an eight-speed, dual-clutch transmission in the new Lotus. Go for the Toyota-sourced powertrain and you’ll get to pick between manual and automatic gearboxes.

The manufacturer did not reveal how much power each unit will produce but they did say the Emira will offer between 360 and 400 horsepower, with a maximum torque of 430 Nm (317 lb-ft). The quickest and fastest of the bunch will hit 100 km/h (62 mph) from a standstill in less than four and a half seconds and top out at 290 km/h (180 mph).

It’s not hard to fault on the styling front as you can see it has been inspired by the Evija electric hypercar. The fibreglass body features Evija-like bonnet cut-outs, and both the air intakes in the rear quarter panels ahead of the rear wheels and the dual vents on the rear panel below the taillights also echo the look of the Lotus halo car.

Lotus is particularly proud of the interior and as you can see, it is worlds apart compared to its prehistoric predecessors. Say goodbye to the aftermarket double DIN unit and say hello to a 12.3-inch fully digital driver’s display joined by a 10.25-inch touchscreen for the infotainment system with Android Auto and Apple CarPlay integration. The list of amenities includes everything from cruise control and ambient lighting to 12-way electrically adjustable seats and automatic windscreen wipers.

If you decide to add the Lotus Drivers Pack your sports car will then feature a launch control system. This pack also comes with a stiffer suspension setup and replaces the standard Goodyear Eagle F1 Supersport tyres with Michelin Pilot Sport Cup 2s for the 20-inch wheels.

The British-built Emira is scheduled to go on sale towards the middle of 2022 and it will be making its way to South Africa. Daytona will be responsible for the distribution of Lotus cars in South Africa and they are aiming for a price of around R2 million subject to exchange rate fluctuations.