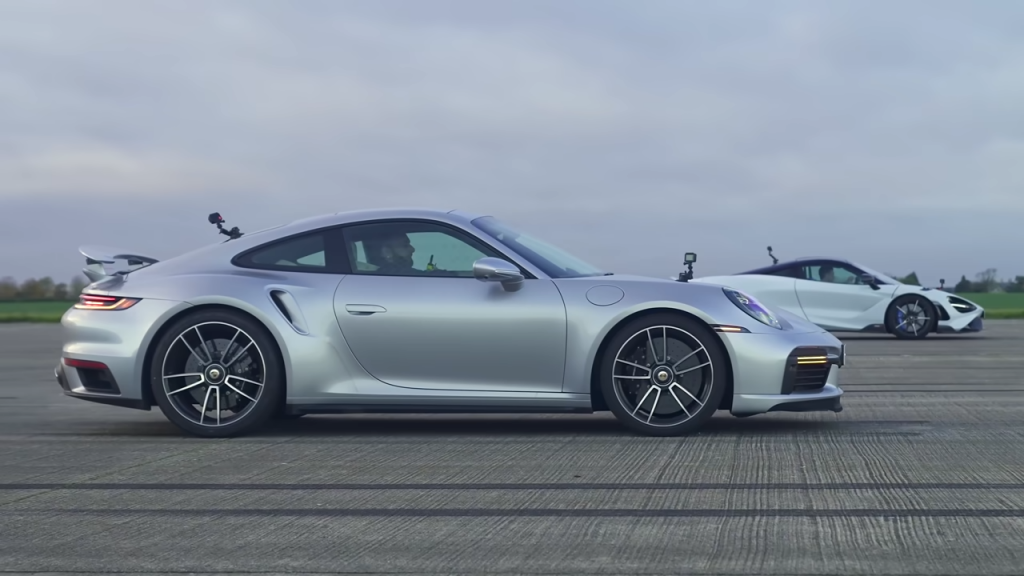 The current Porsche 911 Turbo S can hold its own against almost anything petrol-powered out there today but line it up against one of Woking’s meanest weapons and don’t stand a chance.

Sure the race and comparison is not exactly a fair one considering the 911 is heavier and down on power but it sends all of that power (650 hp; 484 kW) and torque (800 Nm; 590 lb-ft) to all four corners via an all-wheel-drive system.

The McLaren 765Lt pushes out a much beefier 765 hp (570 kW) and 850 Nm (626 lb-f) of torque from its twin-turbo 4.0-litre V8 but exclusively sends it to the rear axle. This means traction off the line is a small problem giving the 300 kg heavier Porsche 911 a small advantage from a standstill.

As you will see in the races below, that advantage lasts for just a brief moment while the McLaren finds its traction and then it’s gone.

If bang for your back is more your thing then the 911 Turbo S is the choice without a doubt. The 765LT can sting you for R9 million or so while the 911 will cost you half that for some seriously mind-warping performance.

We don’t want to spoil too much of the clip below so push play and enjoy!