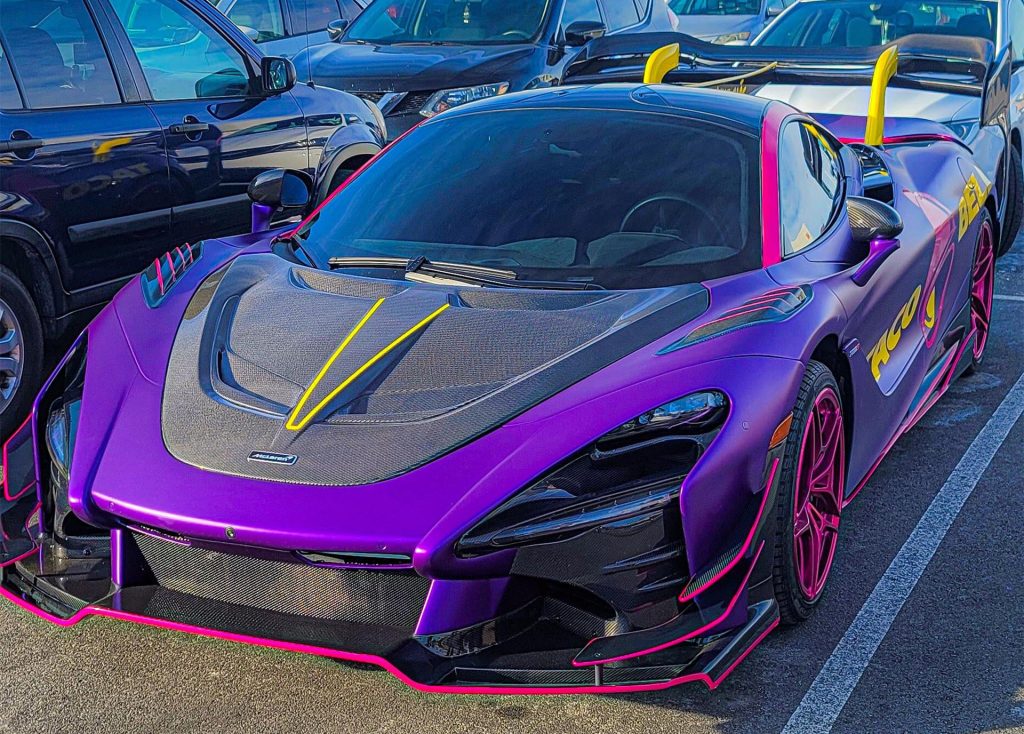 If you prefer things stock then look away as this McLaren 720S is quite possibly the opposite of that.

The images you see here were posted to Reddit earlier this month and were snapped in a parking lot somewhere in the US of A.

The McLaren 720S has a serious presence in factory form but if you want to ramp it up to a McLaren Senna GTR level, then you will need to pay a visit to the folks from DarwinPRO Aerodynamics. As you can see, the inspiration for the wild kit is clearly the track-only Senna GTR.

The conversion involves heavy modification of the front bumper, rear bumper, rear wing and side skirts and according to their website, it will cost you anything from $18,550 and up.

It is officially called the McLaren 720s Se²GTR Style Body Kit and makes it look like a completely different looking car altogether.

Some owners just want more and this one did with a Taco Bell-themed wrap made up of matte purple elements and accented by areas of yellow and pink. They even went as far as changing the colour of the wheels to hot pink.

Maybe the owner is affiliated with the chain but either way, this is not what you would call subtle.