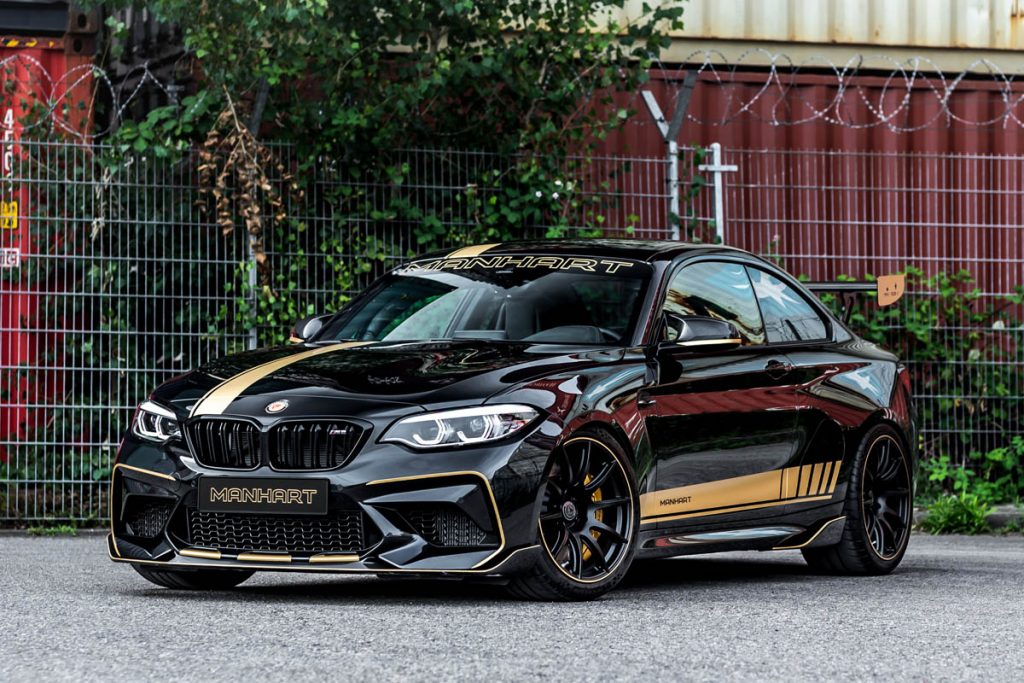 The all-new BMW M2 will be revealed later this year and promises to be another brilliant ‘baby’ M product but the current F87 M2 Competition is still one superb machine to own and drive.

If the factory output (404 hp; 302 kW) is getting a tad on the low side, the folks over at Manhart Performance can take it to an entirely new level with their MH2 630 offering.

As the title suggests, the M2 Competition is given one serious power boost thanks to the Manhart Turbo Performance Kit and a CSF intercooler resulting in a power output of 621 hp (463 kW) and 750 Nm of torque.

In addition, you will get a stainless steel exhaust system with valve control, downpipes without catalytic
converters and a link pipe with 300-cell GESI catalytic converters.

With such big power gains, the little monster needs to pack better-stopping power so Manhart fitted the six-piston 380 mm brake system from the M4 GT4 up front, while the original brakes have been retained at the rear.

To get the power to the road and improve the handling dynamics, the MH2 630 is fitted with 3-way Clubsport Coilover suspension from KW as well as 19-inch aluminium rims with grippy Michelin rubber.

To give it that race car look, a new front spoiler was fitted as well as some side skirts, rear diffuser, Schmiedmann aluminium front bonnet and a massive rear wing from the M235i Racing.

Last but not least, the interior also looks like a genuine racing car: the rear seats have been removed and replaced with a full roll cage. This also serves to fasten the Schroth Motorsport harnesses with
which the occupants strap themselves into their Recaro Sportster CS seats. Rounding out
the package are carbon shift paddles, a carbon kit for the centre console, an Awron auxiliary
display and Manhart floor mats.