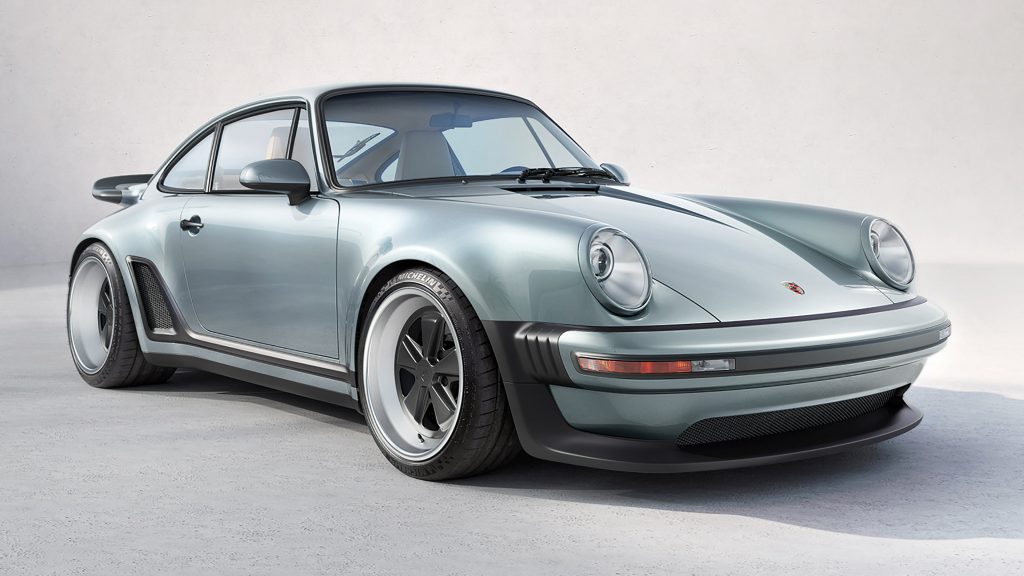 If there’s one name that stands above all others in Porsche 911 resto-modding it’s Singer Vehicle Design. The company builds exquisite recreations of the air-cooled 964-generation 911 (1989-94) with unmatched attention to detail. The resulting vehicles are as much works of art as means of transport.

Thus far, Singer has only built naturally-aspirated Porsches. But now, the company is branching out into the exciting world of turbocharging with the new Turbo Study.

Like the original car, it’s powered by an air-cooled flat-six petrol engine, although Singer has increased its displacement from 3.6-litres to 3.8-litres. The engine receives a new pair of turbochargers, modern electric wastegates and a new water-to-air intercooler system which now allows the engine to reliably produce 444 hp (331 kW). Should you want more power, Singer will oblige as this output is the entry point to the range.

In typical Singer style, the chassis has also been modernised with the addition of carbon-ceramic brakes and a new suspension system, tuned for long-distance cruising as per customer demand.

The body may look original but it is actually completely new made of the magic we love carbon fibre. Not only does it drastically reduce the weight of the Turbo but also improves its torsional rigidity.

Hope inside and the interior is drool-worthy with cream leather upholstery, wooden dashboard trim and Singer’s trademark five-clock instrument cluster.

Some modern creature comforts have also been added and include a smartphone mount in the centre console, electrically adjustable and heated sports seats and a new air conditioning system.

Although this particular car sends the power to the rear wheels via a new six-speed manual gearbox, Singer will even go as far as to fit the car with a four-wheel-drive system.