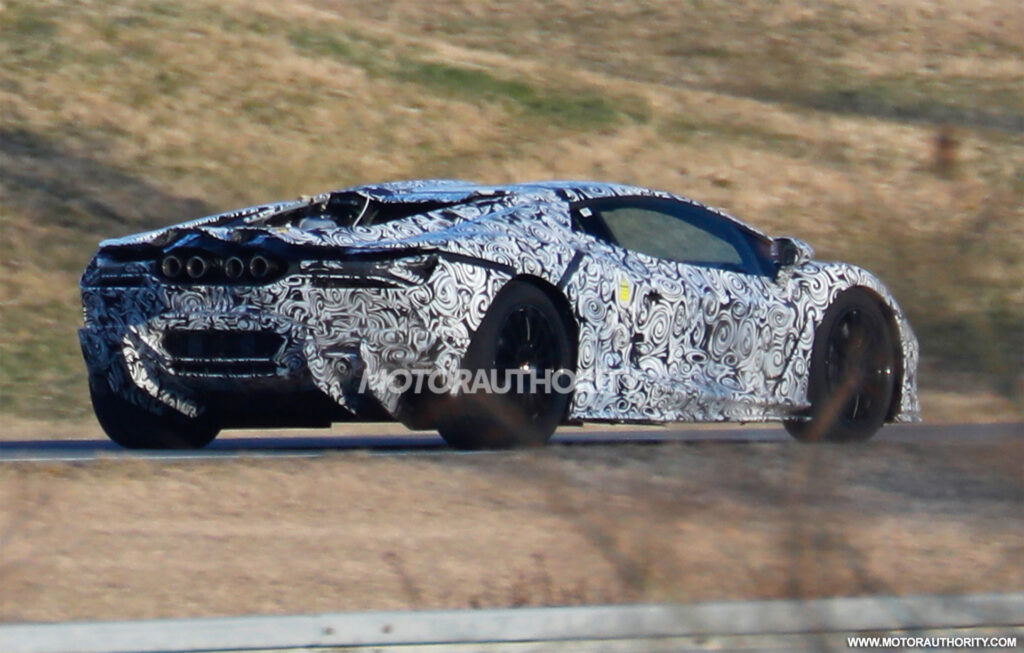 The Lamborghini Aventador was revealed over 10 years ago and even though they have really stretched the platform offering with countless special editions, the car itself doesn’t seem that dated.

Nevertheless, it is time for a new one and the automotive spies out there have captured it with not as much camo as you would think.

As opposed to the relatively clean lines of the original Aventador, the successor looks to be taking on a much busier, almost brutish design with some influences taken from the wild Terzo Millenio concept.

As expected, the proportions are similar to the outgoing Aventador which could suggest they will use the carbon fibre tub for the new car. We can also see prominent intakes on the sides, higher exhaust tips and a rather aggressive diffuser at the rear.

Power will come from a V12 plug-in hybrid system (see yellow stickers on the prototype) which will be an all-new V12 unit. Just the third in the history of the brand and yes it will be naturally aspirated. To reduce emissions, it may have a slightly lower displacement than the current 6.5-litre V12.