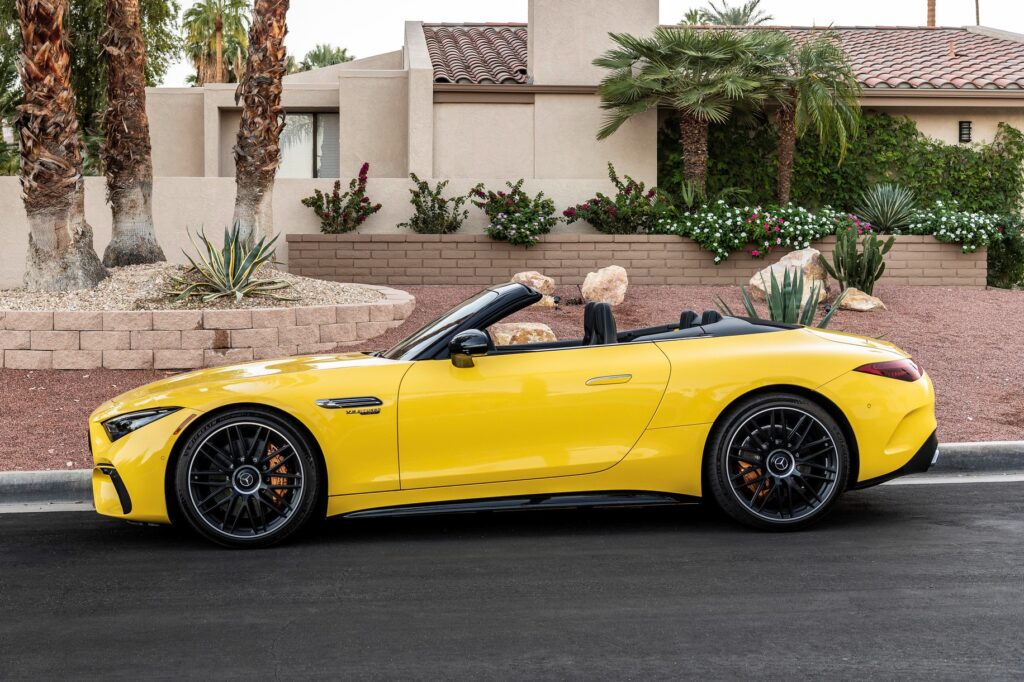 When the all-new Mercedes-AMG only SL was revealed last year, we only saw the 55 and 63 variants which make use of the familiar twin-turbo 4.0-litre V8.

Now, according to Mercedes-Benz Passion Blog, there is an entry-level 43 version on the way with some round tailpipes and a four-cylinder engine.

That might satisfy C-Class customers but surely that is not enough for the Mercedes-AMG Sport Leicht owners? Apparently, an electric turbocharger borrowed from the mighty GT 63 S E Performance will crank things up a bit.

The new output will reportedly be 385 hp (287 kW) which makes it significantly more powerful than the C-Class we mentioned but still not as powerful as the M139 engine found in the A 45 S range (416 hp).

Mercedes-AMG
Share. Facebook Email Twitter LinkedIn WhatsApp Telegram
Previous ArticleHow You Can Prepare for Car Trouble
Next Article Legendary Cars That Are a Symbol of the ’60s