Legendary Cars That Are a Symbol of the ’60s 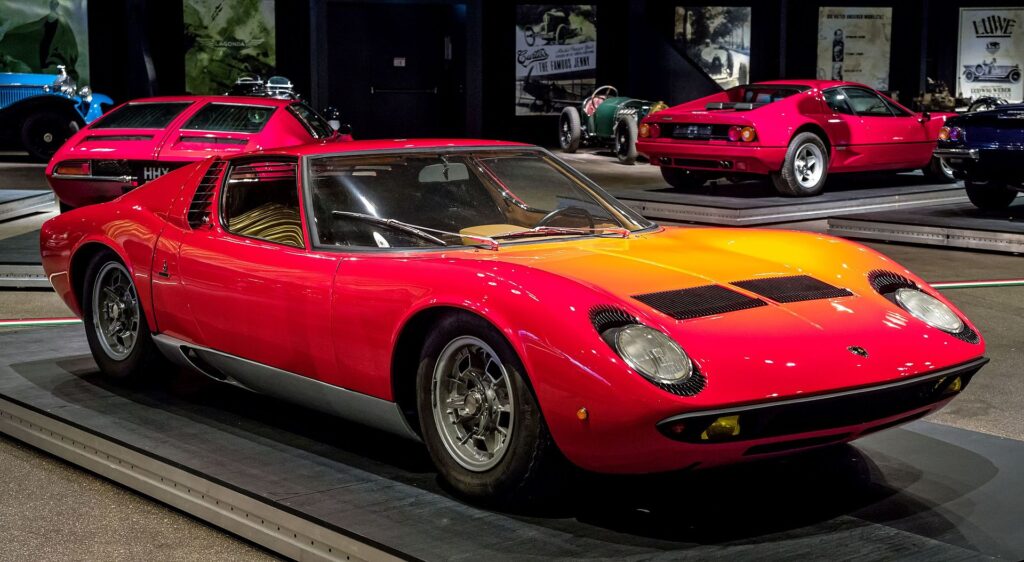 The last century was a race between manufacturers trying to stand out from the crowd. And it worked, because many cars, despite their common features, were diverse, and you could hardly be confused whether the car in front of you was a Toyota or a Kia.

One of the best decades in the automobile industry was the ’60s because that’s when many of the models that later became legends appeared. Here are a few of the cars that are a symbol of the 60s.

Today, the term “supercar” is unlikely to surprise anyone. A fast, manoeuvrable car with an exclusive interior. But in the 60s, when the efficiency of engines was at a low level, and about comfort and safety people did not think much, even an executive class was behind modern budget models. But this was not the case with the Lamborghini Miura.

This car came out in 1966 and changed everything. It became the world’s first mass-produced supercar for public roads. Before that, there were sports cars of this class, but they could only drive on tracks.

If you adore gaming and play not only at a casino online but also Need for Speed: Porsche, then you know what the Porsche 911 is and why it is a legend. The Porsche 911 was released in 1963 and to this day, thanks to its innovative design, it remains a desirable car that doesn’t look like a pile of old iron compared to the more common cars of the time.

The Porsche 911 was the second model created by Ferdinand Porsche. It was intended to replace the outdated Porsche 356 and it succeeded, and brilliantly. More than a million of these cars were produced during production, making the Porsche 911 one of the most mass-produced sports cars in history. At the time of production, the car was equipped with a six-cylinder engine with 130 horsepower in the base configuration.

The legendary Ford Mustang was born in 1964. It was a truly breakthrough design, which reeked of brutality. Under the hood of the most budget model was a powerful 2.8-litre engine Ford Thriftpower Six 170, producing 101 horsepower. At that time, it was a serious power. The most powerful engine was the Ford FE 429 Super Cobra Jet, which had a displacement of 7 litres and produced an insane 375 horsepower. Thanks to the successful design, powerful engine, and quality advertising campaign, Ford sold more than 300,000 cars in the first year, and it became the most popular car in the US.

This car was one of the best-selling cars in the 1960s. Just like the Ford Mustang, the Chevrolet Camaro had a powerful engine. The basic model has a 6-cylinder engine with an output of 140 horsepower. There were more powerful engines with more than 200 horsepower, and the most powerful ones made 375. Along with the Ford Mustang, the Chevrolet Camaro created an image of America, and to this day many people, including our country, associate the USA with these muscle cars.