Hennessey will only produce 24 units of the Venom F5.
By Zero2TurboMarch 24, 2022Updated:March 24, 2022No Comments
Facebook Email Twitter LinkedIn Telegram WhatsApp 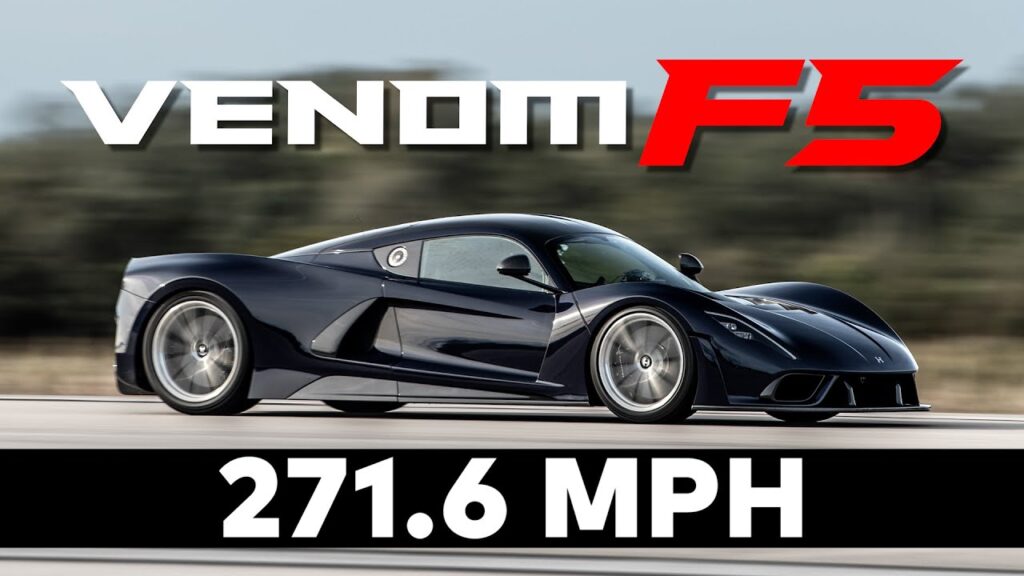 Rumours last year suggested that the Hennessey Performance team would take the Venom F5 hypercar to a piece of tarmac and attempt a top speed run.

While not entirely true, they have done some initial testing where they managed to hit 271.6 mph (437 km/h) shown in the video below.

John Hennessey has clarified that they didn’t go down to the Johnny Bohmer proving grounds to set a new record. Instead, the plan was to do the final calibration of the suspension, brakes and aerodynamics.

Surely it won’t be long until we see this beast cracking the 300 mph mark?

Hennessey will only produce 24 units of the Venom F5, each with a price tag of $2.1 million.