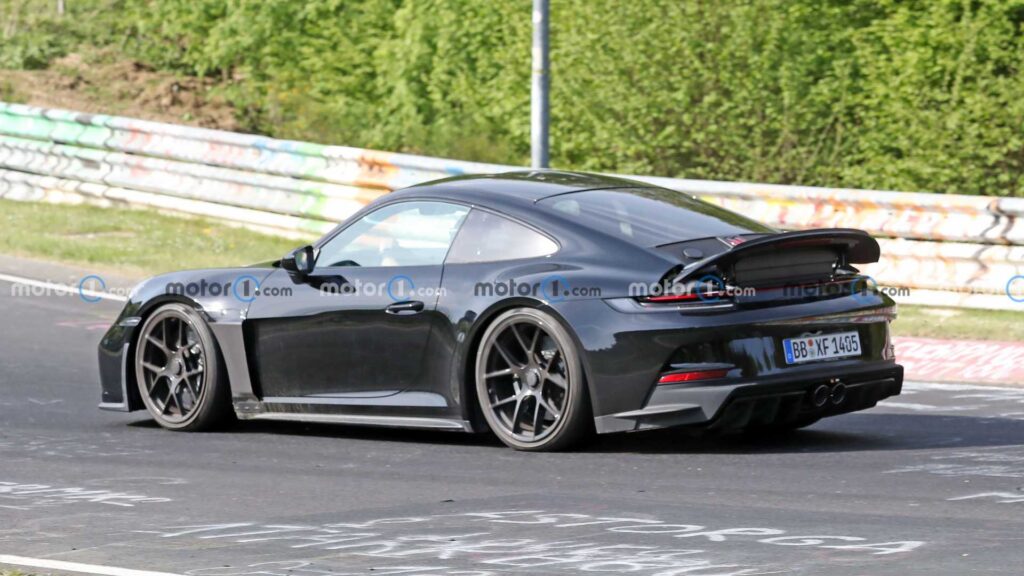 When Porsche took the covers off the new 911 Sport Classic, they confirmed that was the second of four collector’s items that Porsche has presented from its Heritage Design strategy.

Just a few days later and we have our first spy shots of what is rumoured to be the future 911 ST which pays tribute to a small-run racing model from the early 1970s.

It seems the new model uses the 911 GT3 Touring as a base point as the front end is identical to the model. Moving further down the sides of the car and you will immediately notice there is an additional panel behind the front wheels. This ST prototype also has the double-bubble roof from the recently launched Sport Classic.

Have a look at the rear and you will also notice a black circle on the engine cover mesh which is more than likely a placeholder for the Porsche Heritage logo. The rear diffuser with a pair of centre-exit exhausts in the middle appears to be the same piece from the 911 GT3 Touring.

We should see this car revealed at some stage this year but not much other information is known.