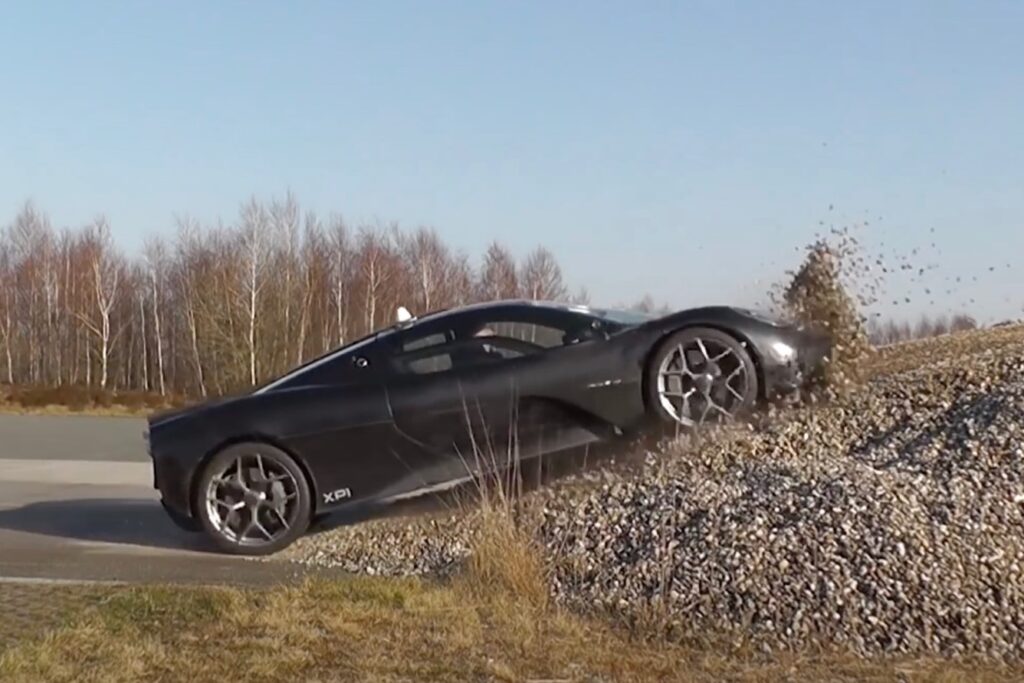 All production supercars need to be tested to meet global homologation standards and some of the tests are a lot worse than others.

Gordon Murray Automotive (GMA) released their latest vlog on YouTube which is all connected to airbag calibration testing but wow it is hard to watch such a special car being put through some extreme tests.

The tests were done to make sure the airbags didn’t deploy unnecessarily which means subjecting the test car to forces production cars may experience, but where the driver wouldn’t want an airbag going off, such as striking potholes and railroad crossings or even climbing a gravel mound.

In the more extreme tests, engineers drove the T.50 supercar into a gravel heap and even launched it off a small ramp.

As you will see in the video below, XP1 survived everything intact. Having already seen a year of testing, it will be retired and used to train service technicians, and will then be put on display as a museum piece.