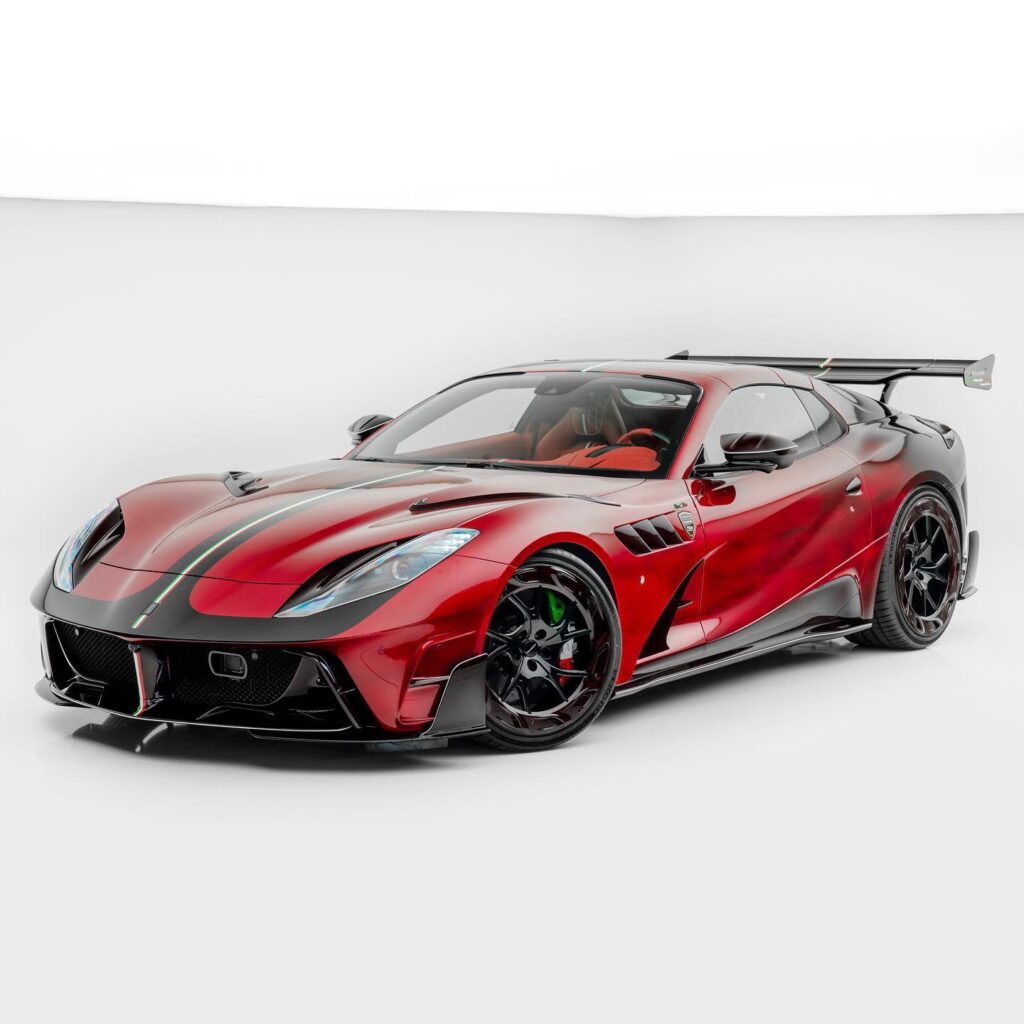 The crew from Mansory is back at it and although we have seen their take on the Ferrari 812 GTS before, this is even more exclusive as it is a one-off.

They have called it the Stallone Tempesta Nera and according to them is “the ultimate one-of-one edition” sporting a sophisticated red-to-black sanding paint and a matching red-coloured fully leather interior.

To match the visual drama, the 6.5-litre naturally-aspirated V12 has been dialled up to 820 hp (611 kW) with 740 Nm of torque. This is a result of optimizing the ECU as well as an upgraded exhaust system which no doubt sounds immense. The top speed will be 345 km/h while the 0 to 100 km/h sprint time is 2.8 seconds.

Mansory doesn’t list the price for the one-off but as with most of its products, don’t expect it to be affordable.