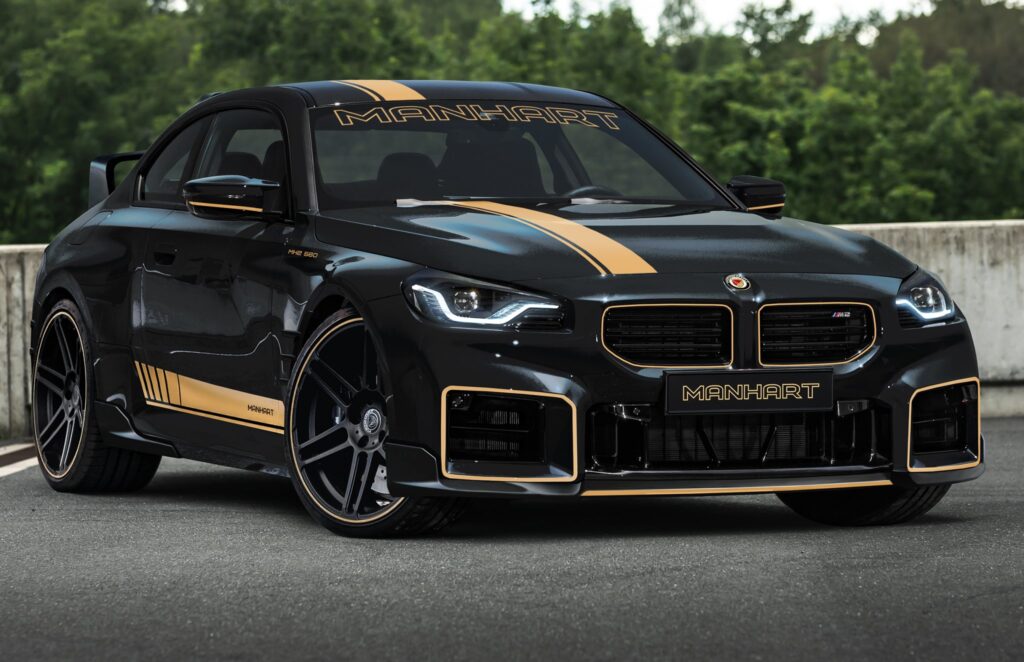 Manhart has been rather quick to offer a virtual preview of a package for the brand-new BMW M2 (G87) and according to them adds “more fuel to the fire” of the discussion about the styling.

“You see here our interpretation of the new baby M-car and we are ready to take on its fearless, but daring design and create a unique package which leaves behind our signature mark.” says the tuner.

Manhart starts off by tweaking the 3.0-litre twin-turbo engine to deliver as much as 560 PS (552 hp; 412 kW) and 650 Nm (480 lb-ft) of torque. This is achieved thanks to a stainless steel exhaust system with valve control and downpipes with or without catalytic converters. OPF-delete pipes with 200 cells HJS catalytic converters and a choice of 4 x 100 mm carbon or ceramic coated tailpipes will be available as well.

A suspension upgrade will be offered to not only improve the stance and presence but also the handling. Two versions will be available; full coilover suspension and lowering springs.