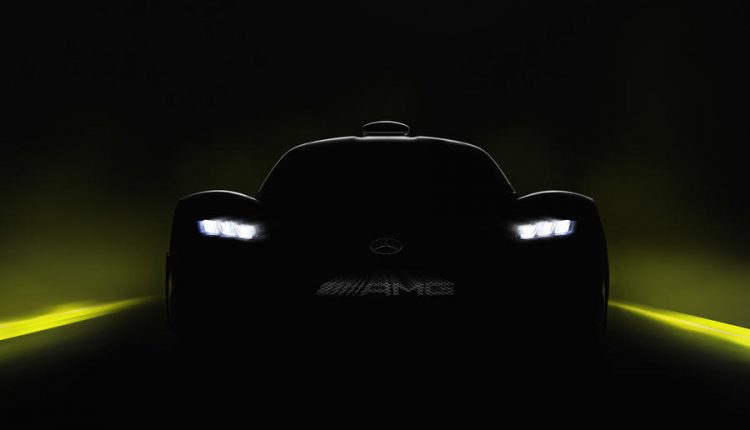 Mercedes-AMG has confirmed that their hypercar known as Project One will make it’s debut at the Frankfurt Motor Show on the 11th of September.

Along with this information they kindly gave us a new teaser image to ponder over which  reveals its massive fenders and roof scoop, in addition to what appears to be LED headlights, and the ‘AMG’ lettering engraved in the front bumper’s air intake.

The car that will displayed in Frankfurt won’t be the final production version, but rather a near-production prototype, as the automaker refers to it by saying “showcar”.