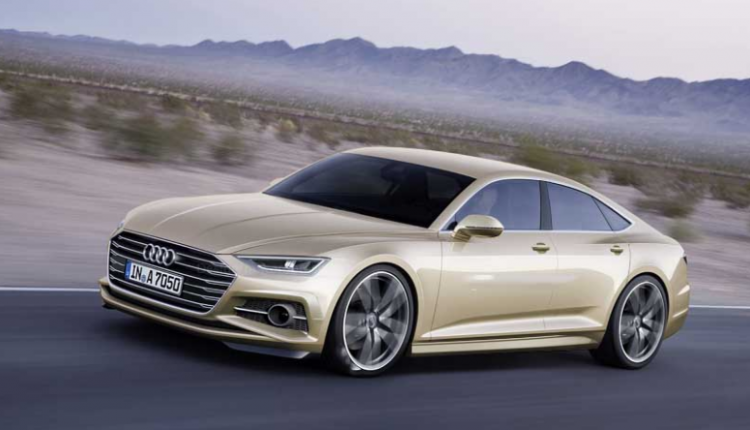 Audi’s forthcoming new RS7 Sportback is going to be offered in two states of tune when it goes on sale late next year.

Thanks to Evo who got the confirmation from the Head of Design, Marc Lichte, the new RS7 will be offered with the conventional all-new 4-litre twin-turbo V8 producing 650 horsepower and a second more powerful hybrid model will be sold alongside it.

The conventional RS7 will utilise the same 4-litre twin-turbo V8 that is found in the Panamera Turbo and the yet to be released new Bentley Continental GT V8. The power plant will be mated to the latest 8-speed S-tronic gearbox, and drive will be pushed to all four wheels, in regular quattro fashion.

Standstill to 100 km/h should take less than four seconds, and top speed is expected to be 305 km/h.

The hybrid powered RS7 will be the very first plug-in hybrid Audi performance car which will add about 150 hp to the combustion engine output. Audi will apparently de-tune the V8 unit to 550 hp for this version which means a total combined output will be 700 hp.

Both of these cars will be absolute rockets to drive.

Audi
Share. Facebook Email Twitter LinkedIn WhatsApp Telegram
Previous ArticleLamborghini Urus Not Even Revealed But Gets Tuning Package
Next Article Here Is How We Would Configure Our BMW M5