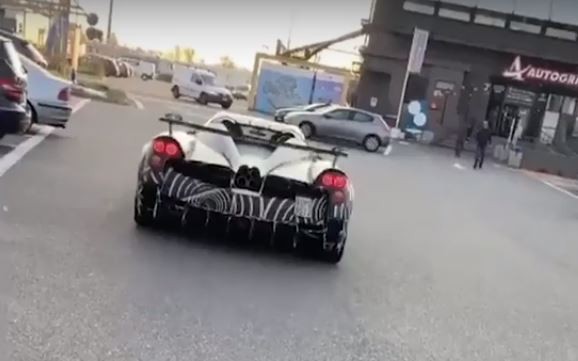 The BC Roadster incarnation of the Pagani Huayra has been spied testing over the last year and with the public reveal set for the Geneva Motor Show next year, this is probably as good a look as you will see until then.

The Pagani Huayra Roadster is already the kind of machine that mixes amazing numbers with the kind of driving experience that’s impossible to replace. However, as it has been the case with the fixed-roof model, the BC treatment will make the machine even friendlier to the scales, so you can expect extra carbon fibre.

The Huayra BC Coupe was limited to just 20 units worldwide with each car selling for about $2.5 million. The BC Roadster will likely also be limited to 20 units with a slightly higher price tag.

We have confirmation from the local Pagani distributor in South Africa that one of these units are heading to our country at some stage.